Any preconceptions are sure to be upended with this hilarious and provocative evening of stories, song and surprising moments that use bible stories and sacred texts to reveal truths about our lives today. 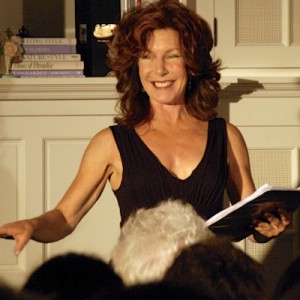 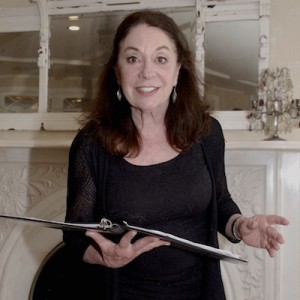 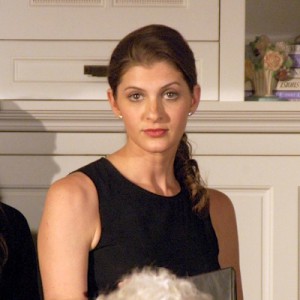 The Urge to Decorate
Written by Rabbi Deborah Silver. Performed by Lisa Robins

Betrayal in the Beit Midrash
Written and performed by Andrea Hodos.

A Jew by Choice
Written by Jill Solloway.  Performed by Lauren Aboulafia

Not That Jewish
A Commission of JWT written and performed by Monica Piper or Shelly Goldstein.

LAUREN ABOULAFIA (Actor) is thrilled to be a part of the Jewish Women’s Theatre, as her two loves are theatre and Jews. Lauren graduated from the University of Washington with a BA in theatre. She also studied at the British Drama Academy in London where she played Rosalind in As you Like It, one of her favorite roles. Lauren has performed onstage at Interlochen and the Williamstown Theatre Festival, and has participated in comedy troupes at the Groundlings and UCB. She recently appeared on Mixology on ABC, and was one of the leads in the indie comedy $50K and a Call Girl: A Love Story. She is currently working on a solo show. Lauren recently married Seth R. Grossman, who is her rock of encouragement, her besheret. L’Chayim!

LIZ ALTMAN (Writer) started writing song lyrics for collegiate activities while attending the University of Michigan. She re-introduced, co-directed, co-wrote and performed in the annual SMU law school follies. After graduating law school, she continued to write lyrics for the Dallas Bar Follies. Liz captains a tennis team, is a board member and produces the South Bay Salon for JWT. She works as a vice president at a real estate management and development company, and is licensed to practice law in Texas. Liz is married and has two adult children. Special thanks to her muse, Louis.

ESTHER AMINI (Writer) is an author and a psychoanalytic psychotherapist. Her writings have appeared in Elle Magazine, Tablet Magazine, The Jewish Week, Barnard Magazine, and Inscape Literary Magazine. Two of her stories, Barnard College and Saffron Rice and Cranberry Sauce, were recently performed by the Jewish Women’s Theatre in their show entitled Saffron & Rosewater, which was performed at The 92nd Street -Y in Manhattan. Ms. Amini lives in Manhattan and is on the faculty of The New York School for Psychoanalytic Psychotherapy and Psychoanalysis. Presently she is working on a memoir about growing up as a first generation American in a Persian/Jewish home in Queens. For more information, follow Esther Amini on Facebook.

EVE BRANDSTEIN (Writer) has made contributions to nearly every facet of the entertainment industry. She has been a major studio executive, a producer, a director, writer/creator, talent manager and author. Eve has a very notable career as a casting director with hundreds of credits for major television and film projects. Some of her credits for casting over three decades include the feature This is Spinal Tap, and among her many television credits, Diff’rent Strokes, One Day At A Time, Facts of Life and Who’s The Boss, The Ponderosa, Little Men, and Beastmaster, to name a few. She has also produced and written series including E/R the comedy series and produced several features. She is currently producing Poetry In Motion in LA at Beyond Baroque and in New York at the Cutting Room. She is presently directing Shut Up, Sit Down & Eat and recently directed the premiere of Revisiting Wildfire and Ronnie Spector’s Beyond The Beehive. Eve is also the director of the Jewish Women’s Theater, Stories From the Fringe.

MARLA (MIRIAM) LEIGH GOLDSTEIN (Musician) is an internationally recognized musician, composer and educator. Marla is one of three Jewish specialists in the world in the “Tof Miriam” (frame -drum), the drum that Miriam the Prophetess played during Biblical Times. She offers Tof Miriam drumming for shabbaton programs, concerts and workshops at synagogues worldwide, and is currently working on her debut Album, “Rhythms in Ahava”, to be recorded in Israel. <a href="https://www.marlaleigh.com" t