This perfect for Passover show explores how we break the ties that bind.  This is a show about freedom. 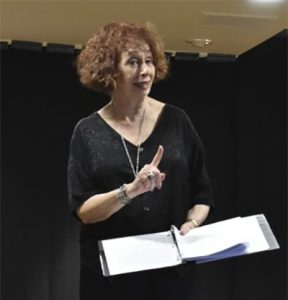 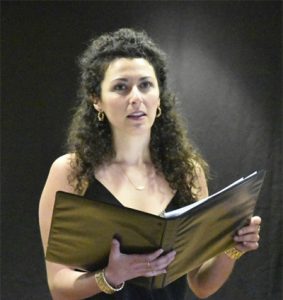 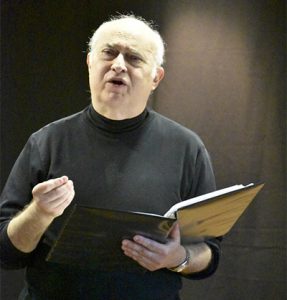 A Free Jew in the Reich
Written by Anna Forward. Performed by Lisa Cirincione and Robert Trebor.

The Gift
Written by Betty Goldstein. Performed by Annie Korzen and Robert Trebor.

Pussy Writes a Letter
Written by Cindy Chupack, from her comic memoir: The Longest Date: Life as a Wife
(now available in paperback from Penguin). Performed by Lisa Cirincione.

Fat, Black, and Jewish – A Commission of JWT
Written and performed by Annie Korzen.

ELLEN ANCUI (Writer), a native New Yorker, landed in Los Angeles 17 years ago to write for the TV sitcom Malcolm & Eddie. She received several TV writing awards and won second place at the Austin Film Festival twice. Ellen’s one-woman shows were presented at the Public Theater, the Edinburgh Theater Festival, HBO Workspace, and numerous spaces in NY and LA. She is the recipient of the Joyce-Mertz Gilmore Foundation Award as well as grants from the Massachusetts State Council of the Arts and the Princeton Arts Council. Her ensemble play, Glory Pie, had a sold-out run at the Coronet Theater and her magazine articles have appeared in MAXIM, American Theater, xoJane, and others. Ellen is working on a Passover play (in four parts) and has been chipping away at her memoir, Traumadies. Her greatest inspiration is her 10-year-old daughter, Jemma.

MICHELE BROURMAN (Writer) is a Johnny Mercer Songwriter Award winner whose songs have been recorded by Reba McIntyre, Olivia Newton-John, Donny Osmond, and more. Her best-known song, “My Favorite Year,” recorded by Michael Feinstein, Cleo Laine, and Margaret Whiting, has become a cabaret standard. Broadway World recently wrote: “Brourman is an unquestionably amazing talent whose music should be heard by the whole world.” She composed the score for Dangerous Beauty, produced at the Pasadena Playhouse, with lyricist Amanda McBroom. She and McBroom have created the songs for seventeen animated features for Universal Studios, including the beloved Land Before Time series. Her musical I Married Wyatt Earp, with lyrics by Sheilah Rae, was produced Off-Broadway, and her songs have been featured in television and film. Michele is particularly proud that her songs have been included in several recent productions by the Jewish Women’s Theater. A gifted musical director, she’s worked with exceptional artists like Dixie Carter, Tovah Feldshuh and Bernadette Peters, and played piano in Bob Dylan’s band. Michele’s CD, Fools and Little Children, is available online.

CINDY CHUPACK (Writer) is best known as an Emmy-winning TV writer/producer whose credits include Modern Family, Sex and the City, and Everybody Loves Raymond. Author of New York Times bestseller The Between Boyfriends Book: A Collection of Cautiously Hopeful Essays, her piece “Pussy Writes a Letter” is excerpted from her new comic memoir about marriage, The Longest Date: Life as a Wife. Cindy has been a storyteller on The Moth Radio Hour and a guest panelist on NPR’s Wait, Wait, Don’t Tell Me! She has a four-year-old daughter and is currently preparing to direct her first feature. www.cindychupack.com

LISA CIRINCIONE (Actor) is an actress and singer whose stage and screen credits include work in the United States, United Kingdom, and Italy. This January, Lisa starred in the indie drama Porcupine alongside Mr. W. Earl Brown and she made her producing debut with this gripping film due out this May. In 2014 Lisa was honored with the LA WEEKLY and LA Drama Critic’s Circle nominations for her role as Catherine in Arthur Miller‘s A View from the Bridge. She can be seen in national commercials that include a comedy spot for Sky Italia with Sandra Oh. Lisa received her BFA in acting from USC, speaks Italian and Spanish, and would like to thank her incredible Sicilian-Jewish family for all their love and support.

ANNA FORWARD (Writer) a native Californian, is a kindergarten teacher by day and an artist, wedding photographer, and writer the rest of the time. Anna has written and performed work for the Marsh Theater in San Francisco. She has also been lucky enough to have written “A Jewish Pastry” a few seasons ago for JWT‘s show God Plans and Woman Laughs. After such a fantastic experience, Anna was compelled to write another story. She would like to thank her family and friends for their incredible suppo