Our Team, Our Family

The Braid is led by Ronda Spinak, Founding Artistic Director along with a team of extraordinary individuals committed to working passionately and tirelessly to advance the ideal that the lives and experiences of Jews in America, in all their diversity, must be represented on stage and in programming, and must be documented for posterity.

We are blessed to continuously inspire and draw in talented community members to do their best  work and apply their skills, passions, connections and expertise to help The Braid thrive. 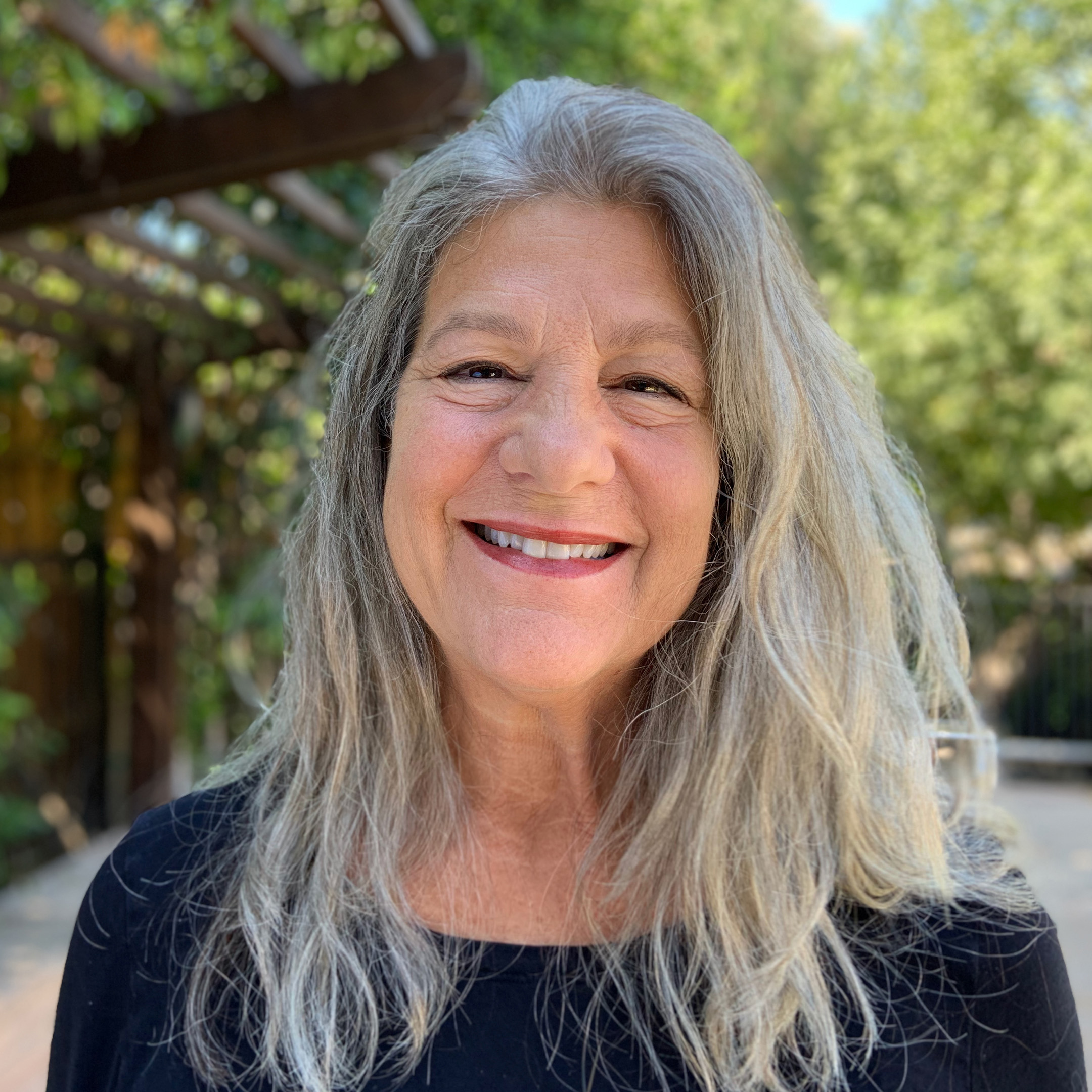 RONDA SPINAK created and produces The Braid’s Salon Theatre Series, curating more than 60 original Jewish-themed salons and adapting many of the pieces performed. She graduated from Stanford University, and holds degrees from UCLA (MBA) and USC (masters in professional writing). Ronda’s plays include Stories from the Fringe and festival-winner Oscar Wilde’s Wife, a favorite at the Ashland New Play Festival and Dayton’s FutureFest. She has written for the Emmy Award-winning children’s show Rugrats and authored the critically acclaimed nonfiction book, ProBodX: Proper Body Exercise (Harper Collins). Ronda is on the board of the Association for Jewish Theatres and is a member of the Dramatists Guild. 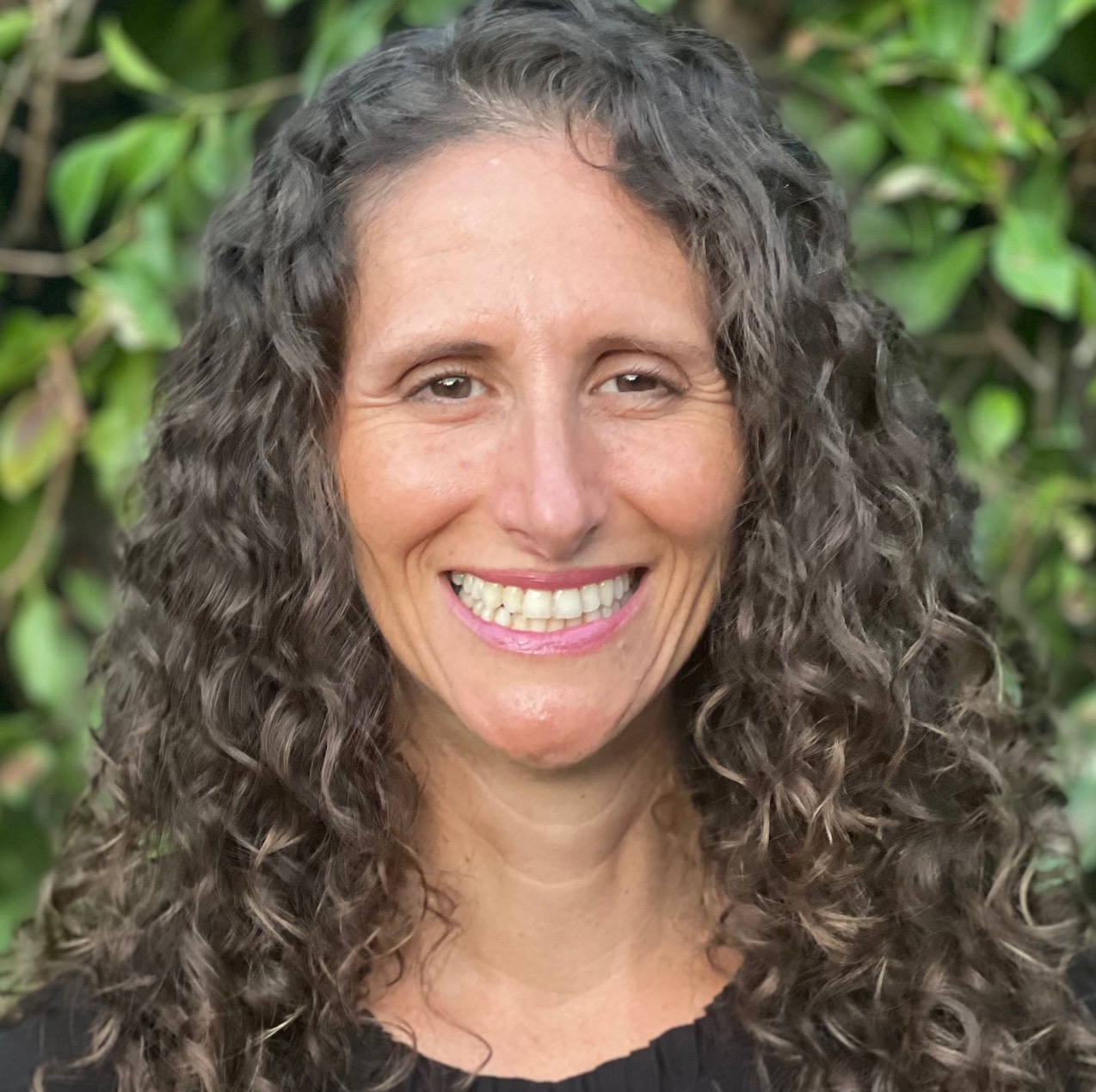 SHARON LANDAU oversees The Braid’s strategic planning, grants and operations, bringing the organization 20 years of non-profit leadership experience helping programs and organizations scale and thrive. As a former non-profit director and consultant, she engaged multidisciplinary stakeholders to design, pilot, scale and evaluate innovative public health access programs at local, state and national levels that became replicable models, including CA’s EC Pharmacy Access Program. She is a published researcher and program evaluator. She previously worked in management consulting for Kaiser Permanente. She holds a masters in public health from UCLA and is an alumnae of CA Women’s Policy Institute and Center for Collaborative Planning’s Leadership Institute. Currently she also serves as a mentor for Robert Wood Johnson Foundation’s Interdisciplinary Research Leaders. 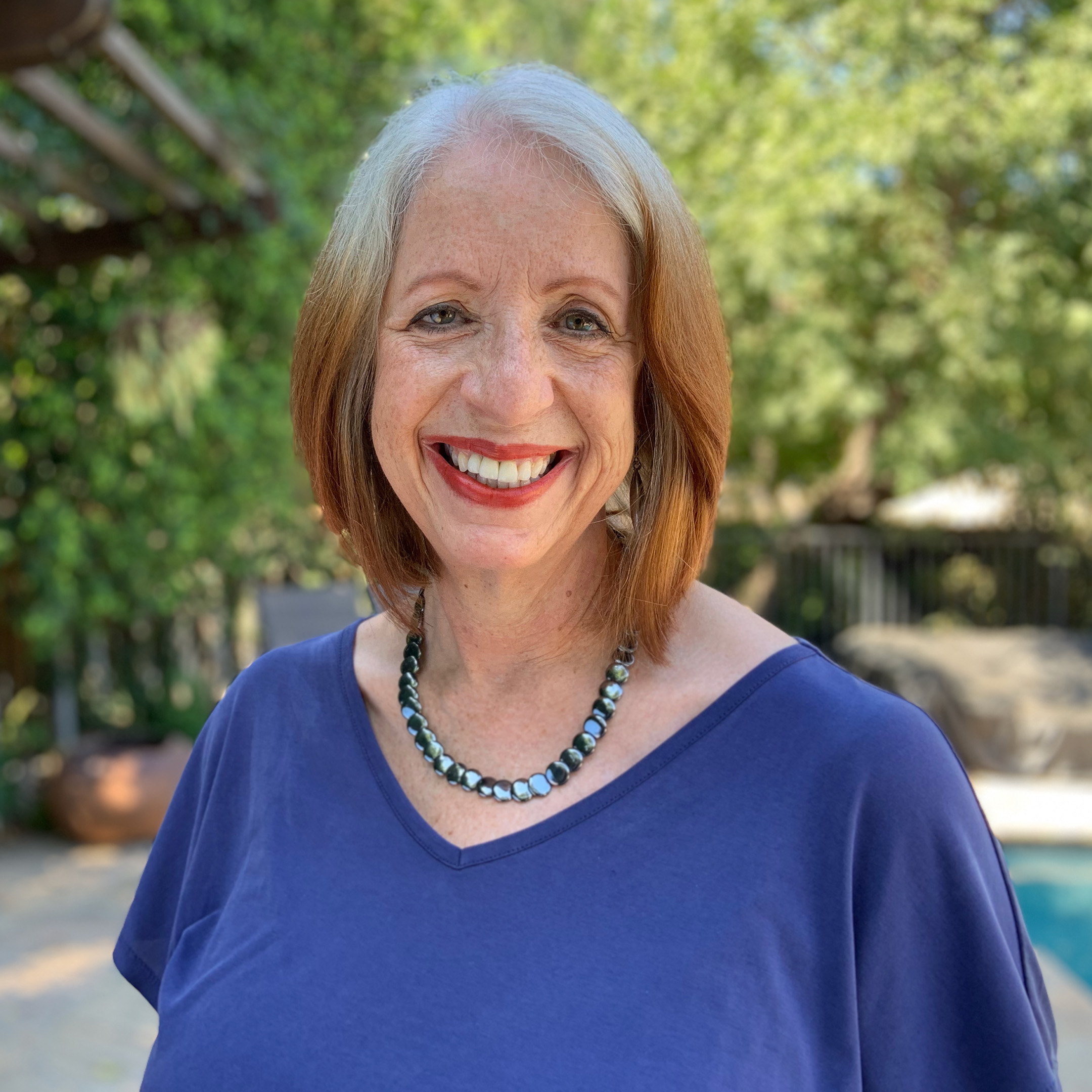 SUSAN MORGENSTERN, an actress since age five, crossed into directing while co-teaching American Musical Comedy with Tom Lehrer at UC Santa Cruz. She taught and directed at Stage Door Manor, a renowned performing-arts camp in upstate New York. In Los Angeles, for Theatre West, Susan directed All in the Timing, Just Too Cool, Saturday Night at Grossinger’s, and The Socialization of Ruthie Shapiro. At Falcon Theatre she directed Leap, Surviving Sex, and The Psychic; for Cabrillo Music Theatre Happy Days, a New Musical, by Garry Marshall; and for Skylight Theatre, an INKubator series and an extended-run production of Meryl Cohn’s comedy Reasons to Live. Susan consultants as show director for Disneyland, directs The Braid’s salon shows and mentors NEXT fellows. 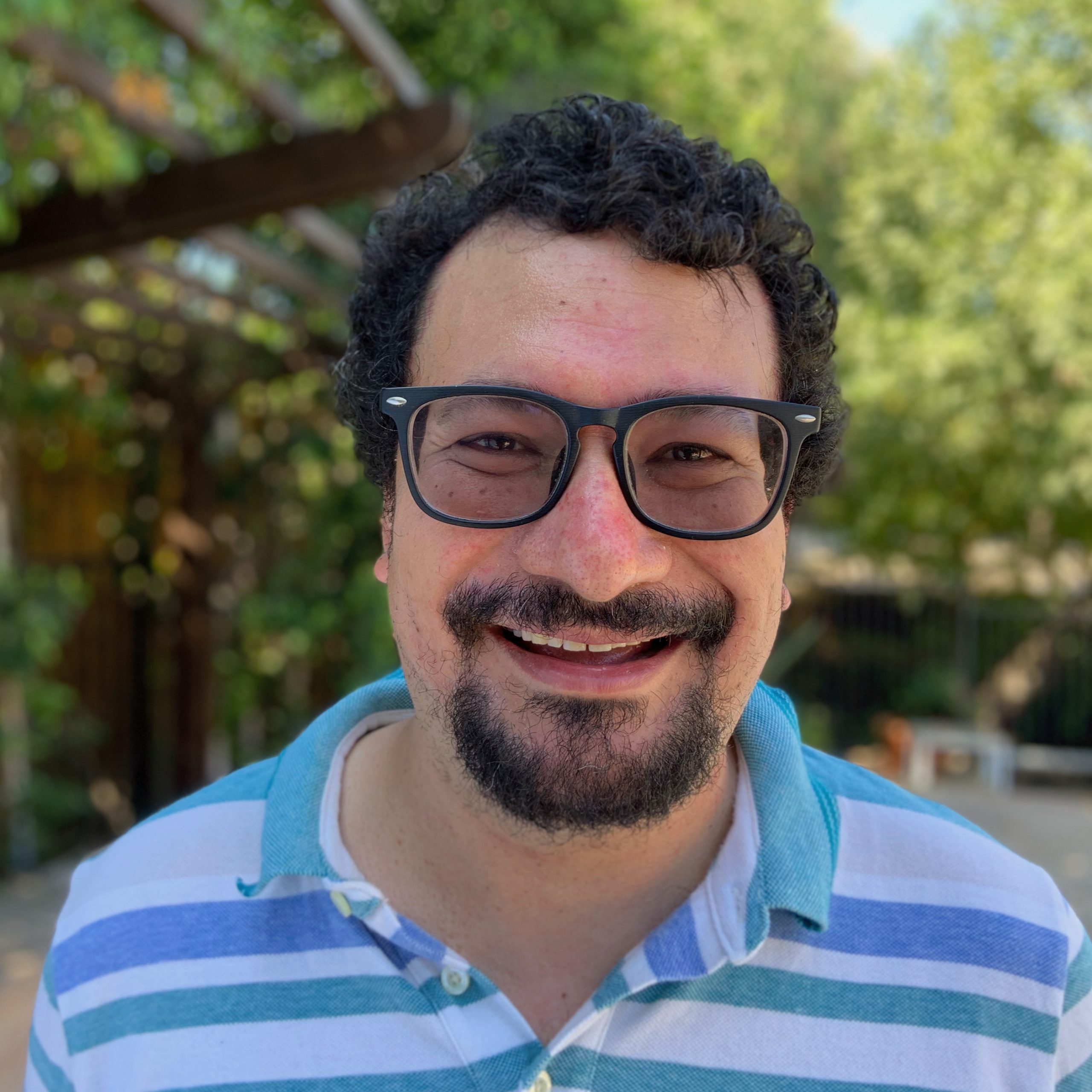 DAVID CHIU is a West LA-based screenwriter and two-time NEXT at the Braid Emerging Artists Fellow. Television: LORE (Amazon Prime). The Braid: True Colors, Inside Our Time, For Goodness Sake (also Director), I Am a Jew, Who’s Hiding Now? and The Rest is History (also Director & Literary). Represented by The Gersh Agency and Authentic Talent & Literary. Member of the Board of Trustees at Temple Isaiah of Los Angeles; recipient of its 2019 Emerging Leader Award. Environmental activist and volunteer on various electoral campaigns. Jew of Color, of Litvak and Cantonese heritage. 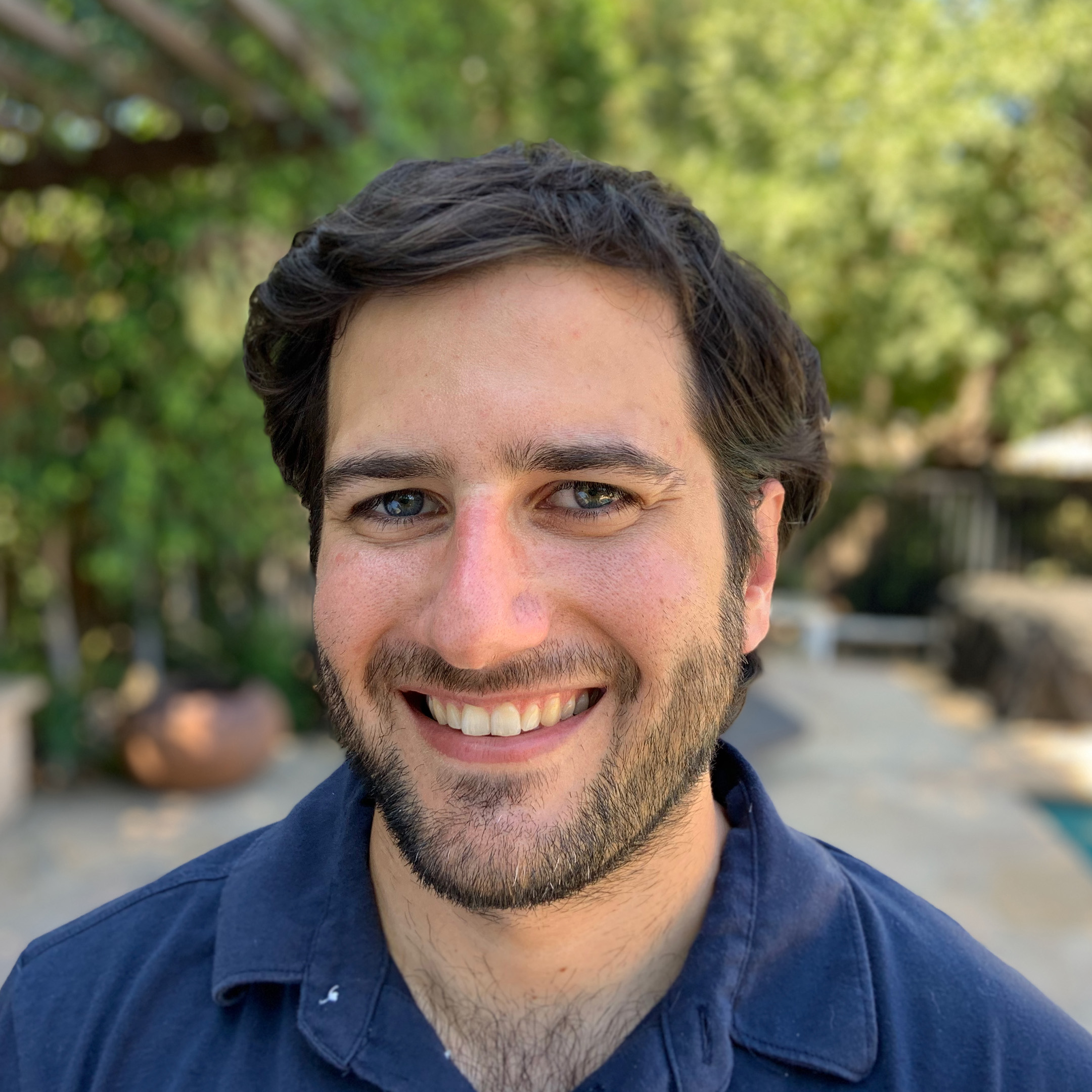 ANDREW FROMER first joined The Braid as a fellow in the NEXT Emerging Artists Council in 2016. He continued on to do a second year of the fellowship while also serving as a digital media consultant for the organization launching and managing its podcast initiative and social media platforms. In 2019 he joined The Braid staff as the organization’s first Assistant Artistic Director and coordinator of the NEXT program. He holds a BFA in theater from UC Santa Barbara, and has experience as a filmmaker, actor, editor and director. 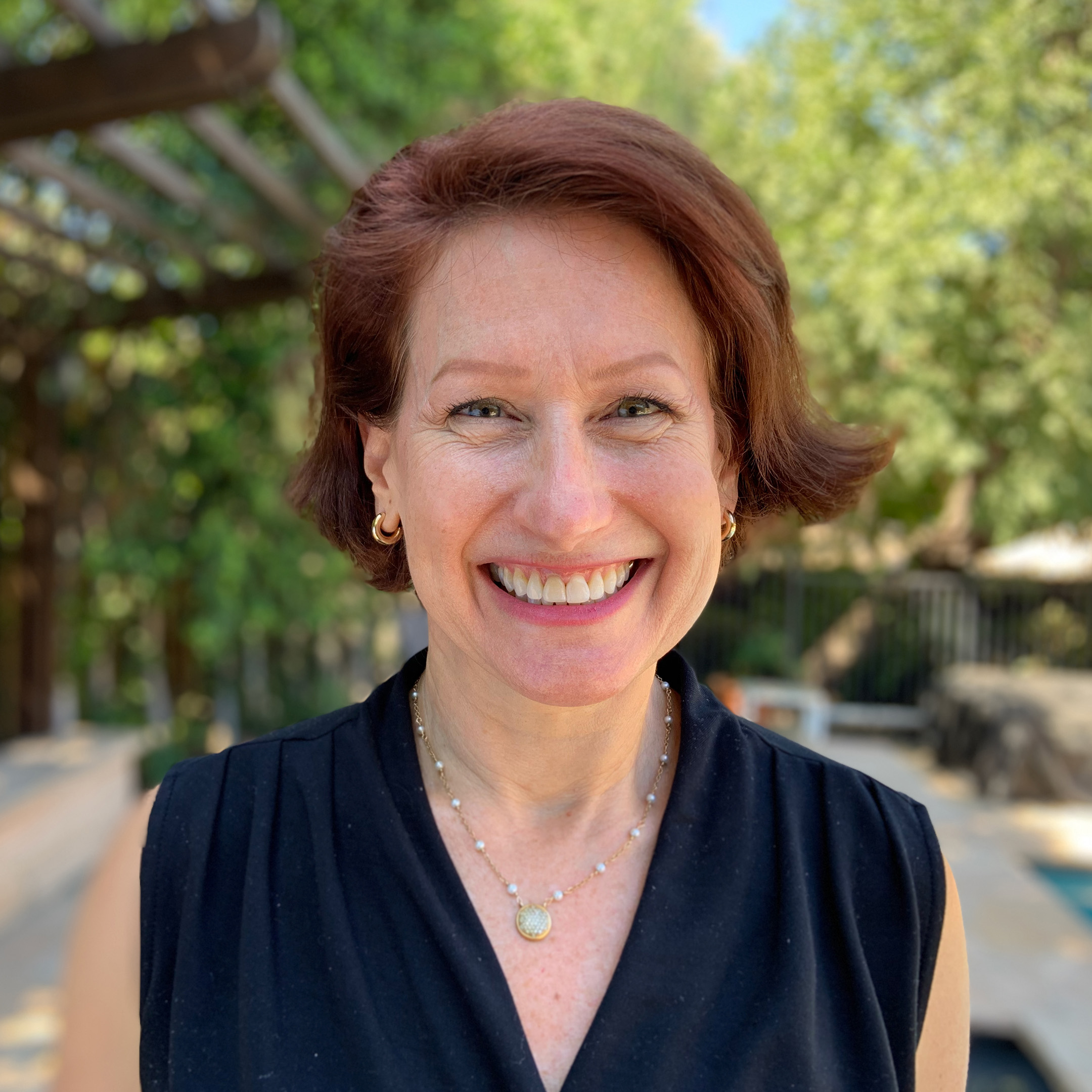 Jodi Marcus first came to The Braid as a patron, and now helps to bring people together to laugh, cry, and share in the human experience by booking Braid shows across the country. Prior to joining The Braid team, Jodi worked for 18 years in the nonprofit sector as a fundraiser for Jewish National Fund in the Greater L.A. office, and as a fundraising/program evaluation consultant. Jodi saw half of the world as a dancer, and is now a writer of short stories and working on a novel for middle grade readers (10-12 year olds). Jodi holds a BA in communications, public relations from Cal State Fullerton and a MPA from Cal State Northridge. 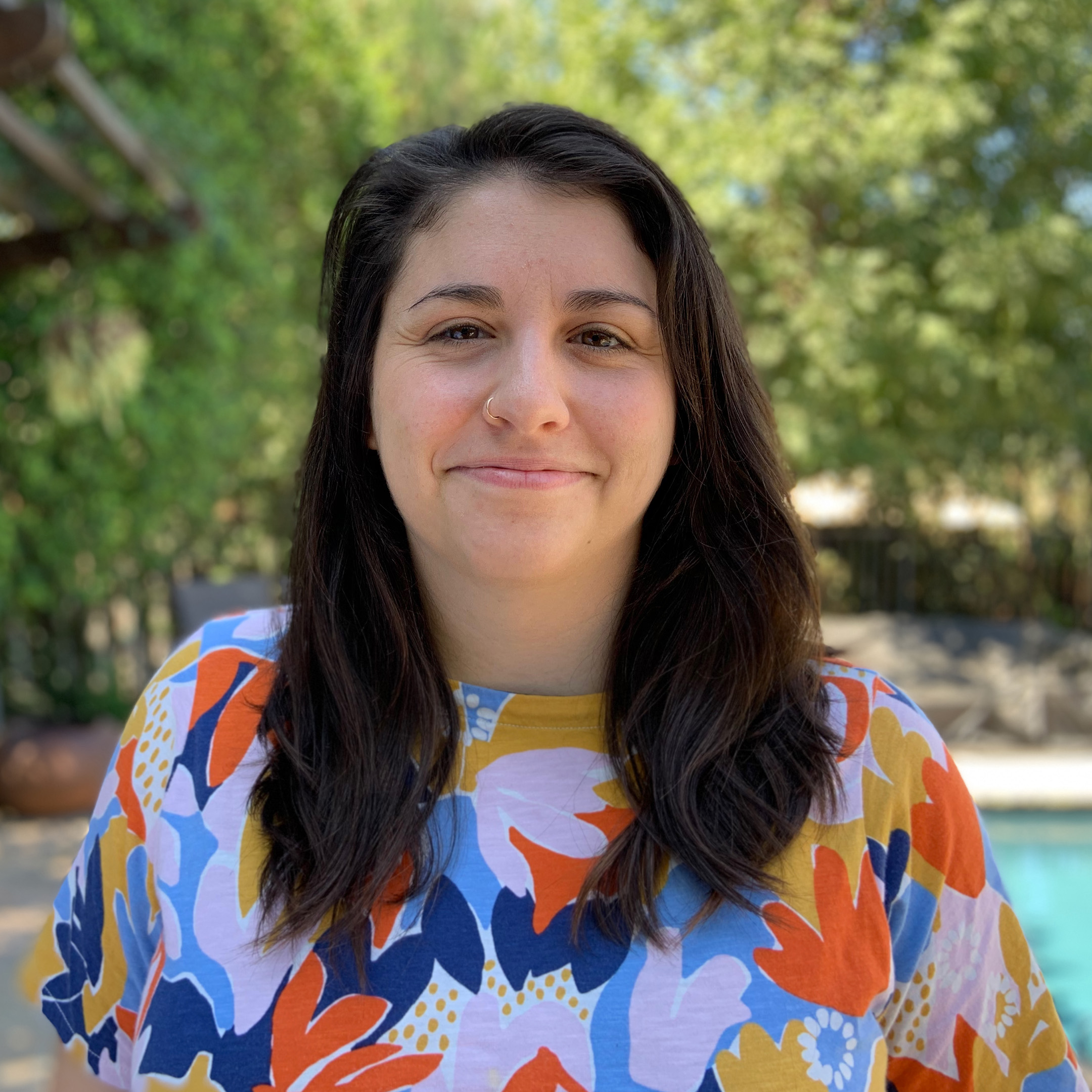 DAPHNA SHULL is is a four-time NEXT Fellow, literary manager, and writer. She received her bachelor’s degree in media production from Florida State University. After graduating in 2014, she headed West to pursue a career in screenwriting and the arts. Daphna now works as The Braid’s Creative Associate and produces Sundays with The Braid events.  She previously served as a museum educator for the Cayton’s Children’s Museum. 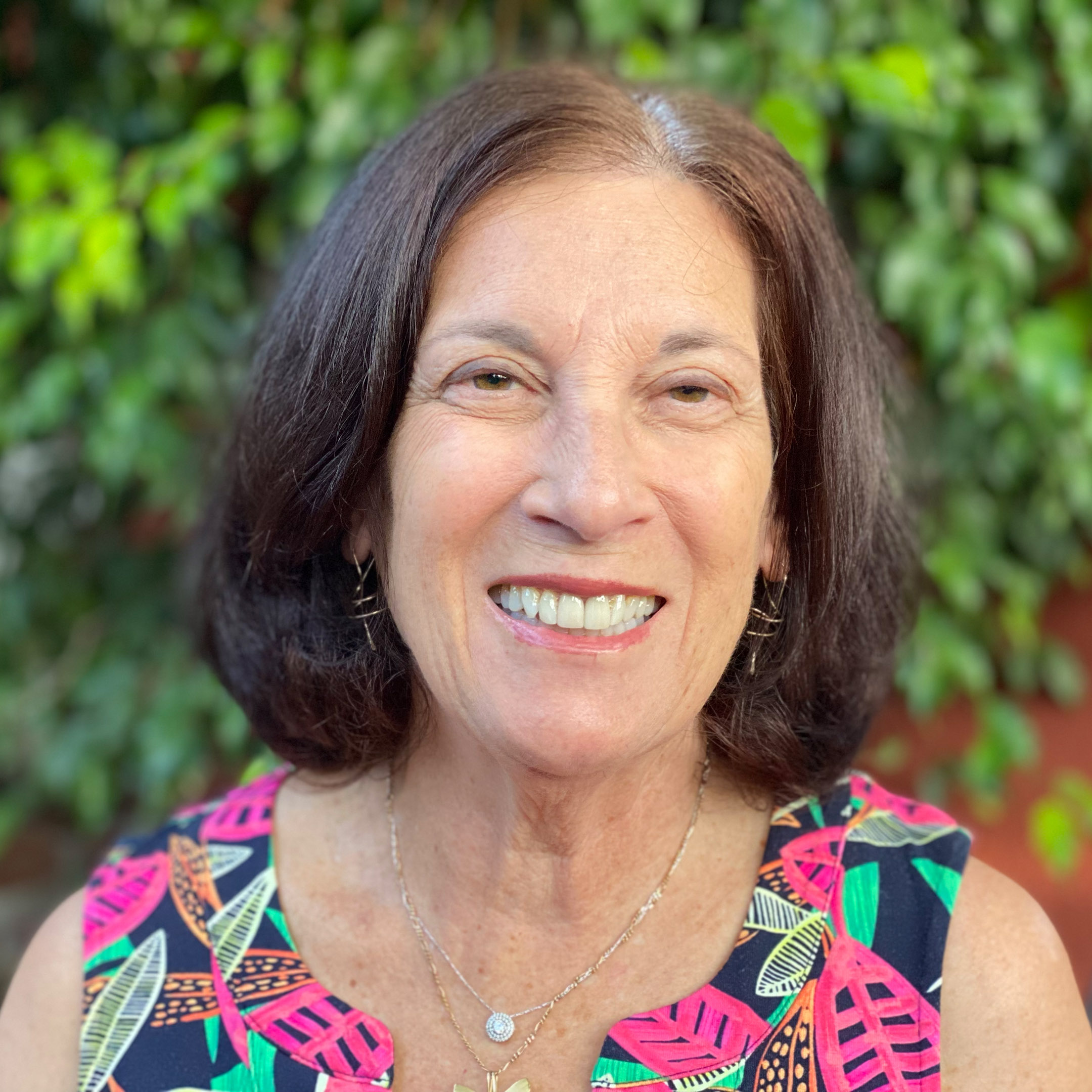 SUSIE YURÉ manages The Braid’s box office and community relations. She has produced musical theatre productions, classical concerts and cabaret performances and has been intensely involved in the world of theatre for over 20 years. She brings over 30 years of volunteer experience in non-profit organizations in which she has held leadership roles in fundraising, event planning, facilities coordinating, programming, membership, marketing and administration. She holds a BA and MA in elementary education from USC, along with her California lifetime teaching credential. She is a mom to two grown children both professional musicians. 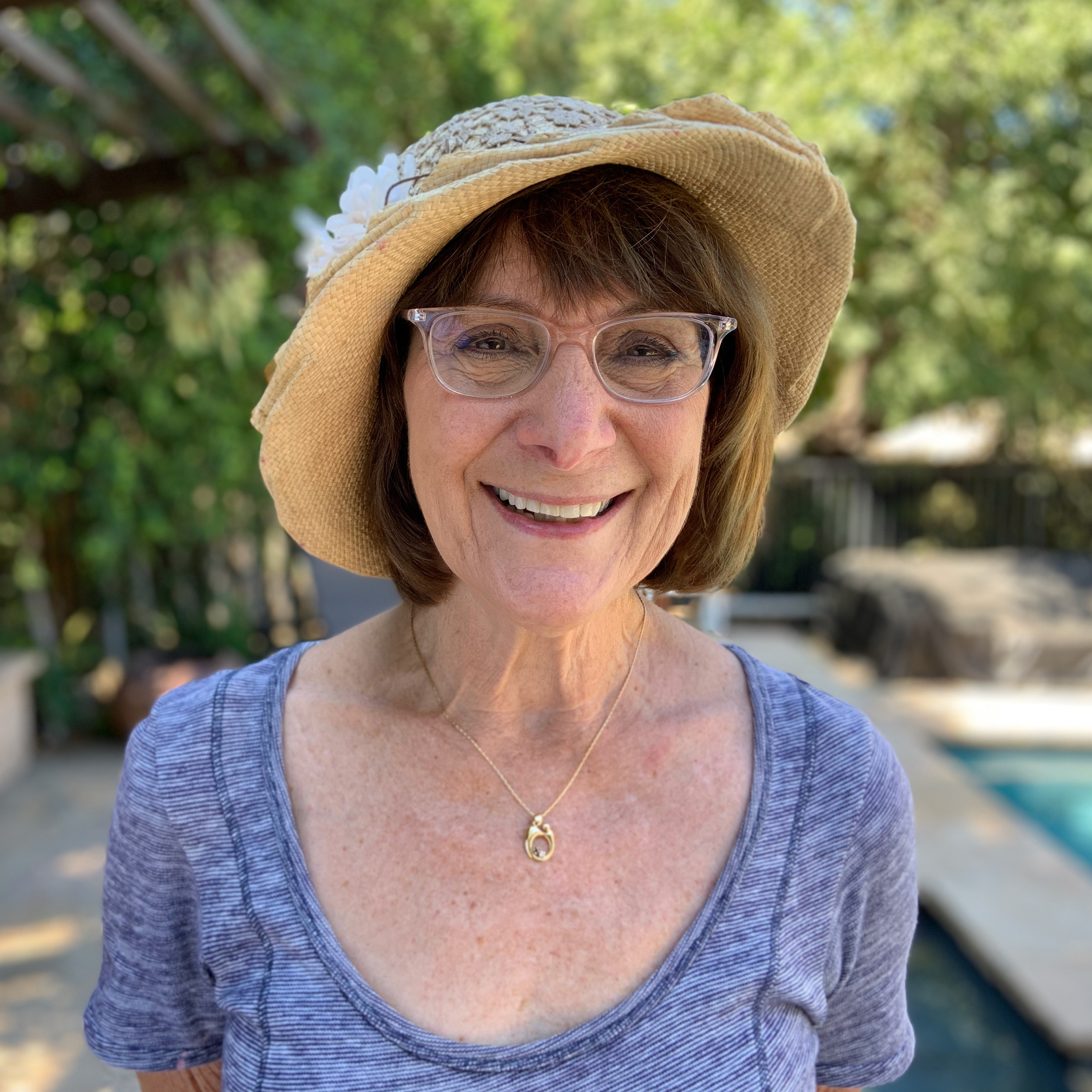 ROSE ZIFF came out of retirement to work for The Braid after working at UCLA Medical Center for 33 years, where she functioned as “den mother” to more than 1000 interns, residents, and clinical fellows at UCLA, the VA, and Olive View-UCLA Medical Centers, providing resources and support. Rose is currently serving on the Board of Directors for Lev Eisha, a Jewish women’s non-profit religious organization and spiritual community. Her hobbies include gardening, visiting Providence St. John’s Hospital with her therapy dog, and hosting a monthly book club. 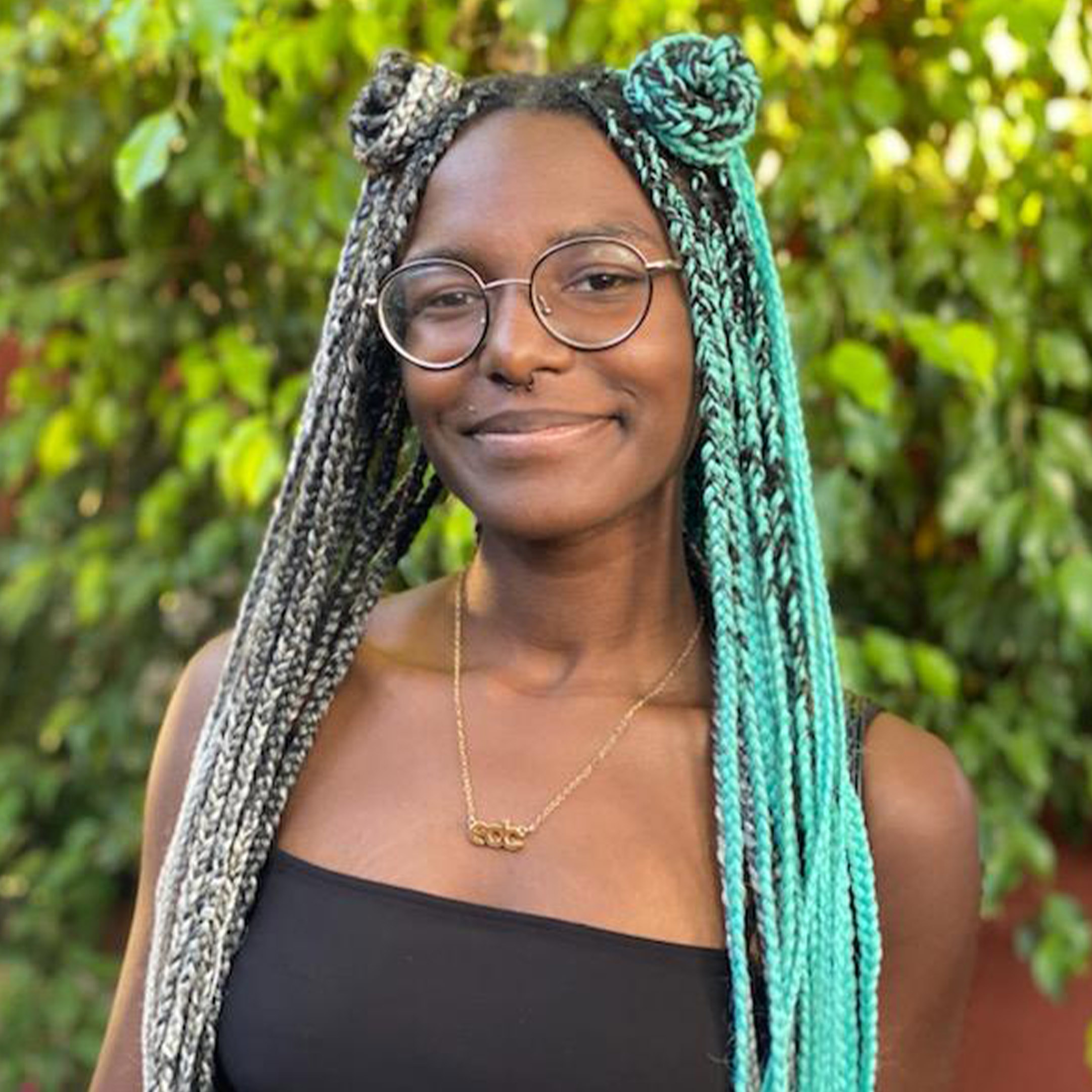 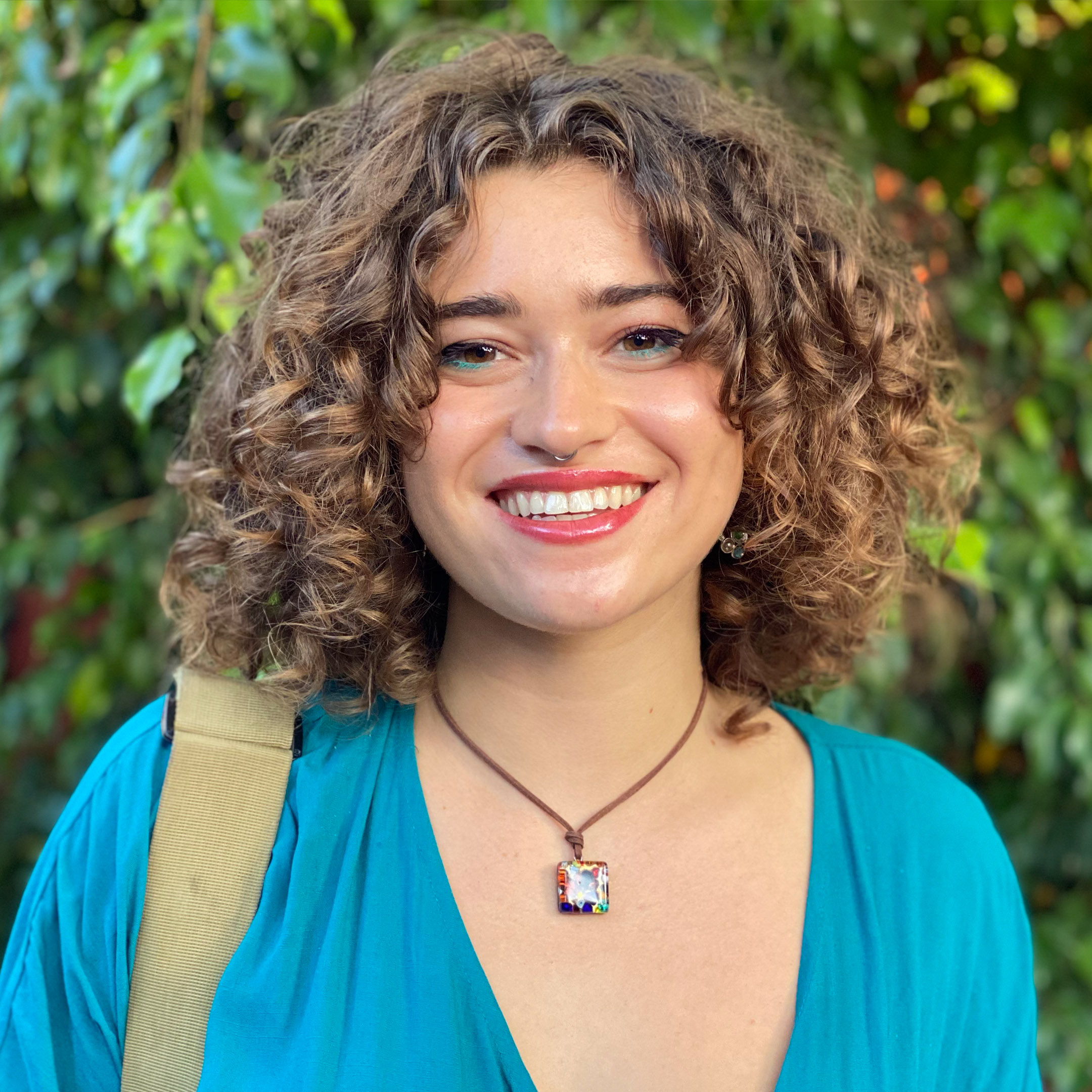