Sex, Addiction & Love in the 21st Century – our first ever Zoom Salon!

These dangerous, outrageous and oftentimes tender stories of the carnal sort will leave you panting and wanting more!
June 27, 28 & 29, 2020 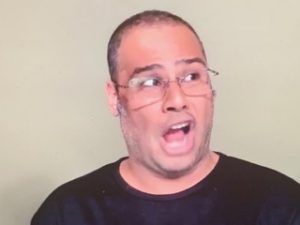 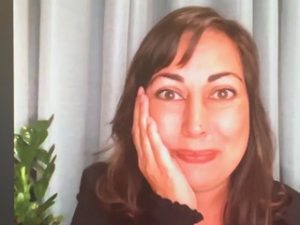 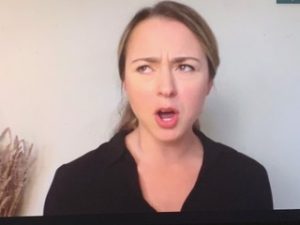 Burning Me Up
Walk-in music written and recorded by Pontea.

The Night I Fall in Love
Written by Farnaz Solomon. Performed by Jasmine Curry, Sionne Elise, and Joshua Silverstein.

My Name is X
Written by X. Performed by Jasmine Curry and Joshua Silverstein.

In Her Left Hand
Written by Molly M. Murray. Performed by Sionne Elise.

Come Be
Music and lyrics by Jack Bradley. Performed by Michael Gabiano and Sionne Elise.

The Magic of Shel’s Birth — A Commission of Jewish Women’s Theatre.
Written and performed by Joshua Silverstein.

LIZ ALTMAN (Writer) wrote “Almost a Sacrifice,” previously performed at the JWT salon Unknown Stories of Biblical Proportions.  Other credits include song lyrics for activities at the University of Michigan and the Dallas Bar Follies; co-directing, co-writing, and performing in the annual SMU law school follies.  JWT:  Advisory board member and South Bay producer.  Professional:  Vice president of a real estate company.  Hobbies:  tennis, art, and travel.  Special love to her muse, Louis.

PONTEA BANAYAN (Songwriter) was born and raised in LA and writes songs of empowerment, self-love, and relatable experiences of the human condition, showcasing her pop-driven songwriting and vocal abilities. She has performed coast to coast with her multi-form shows featuring sponta- neous beat boxing, piano, and a steel pan drum, all testament to her eclectic flair. Find more informa- tion and links to her music at iampontea.com.