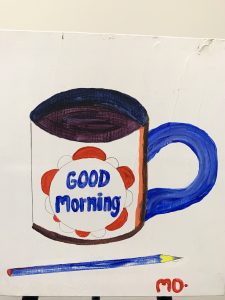 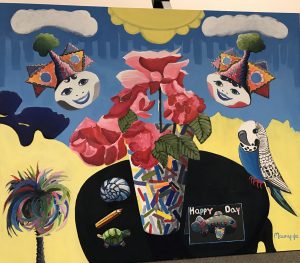 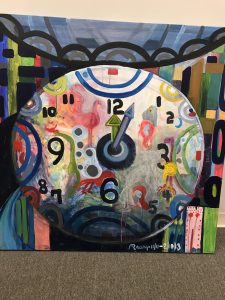 Maury Ornest’s journal says “…from every part of me and my soul I have no choice but to paint.”  This reflection tugs at the heartstrings of everyone who sees his canvasses, because they negate the severe darkness that was going on inside his head by bursting with light, color, joy—and hope.

Ornest died of heart disease at the age of 58.  After his death, his family discovered secret storage units containing about 1000 canvases that he had created over the 20–plus years that he suffered from paranoia, delusions and psychotic breaks.  Although engaging with others was difficult for him, the former professional baseball player remained engaged in other ways.  He read the New York Times every day and closely followed current events.

However, as much as he deeply cared about the world, his mental challenges caused him to isolate himself from friends and family.  And he had a secret.  He painted.

And his painting gave him expression and a reason to live.  “It’s a gloomy day,” he wrote. “An opportunity to change my mood with colors on a canvas.”

In conjunction with the premier performance of its new 2019 salon season, The Gallery @Jewish Women’s Theatre (JWT) proudly hosts the debut of Secrets, featuring the hidden works of Maury Ornest and accompanied by an art talk featuring his sister, former radio news reporter Laura Ornest, and a reception at 7:00 p.m. on Saturday, January 19, followed by the first performance of Family Secrets at 8 p.m.  Additional art talks will take place on Monday, January 28 and Tuesday, January 29 at 6:30 p.m. preceding the 7:30 p.m. performances of Family Secrets.

“Ornest’s art was a secret from the world,” explains Ronda Spinak, JWT’s artistic director.  “While the family knew he was painting, they had no idea of the extent of his work or his commitment to leave something of value behind. We are deeply honored that they have chosen us to help them communicate what was in Maury’s heart.”

“Maury’s art was his way of staying connected to the world,” adds Gallery director Marilee Tolwin.  “Despite what was going on inside him, his art is always hopeful.  His journals describe how important art was to him.  They are full of entries that show that his dreams for recovery were kept alive through art.  He also said he wants people to smile at his art.  To feel happy when they see it.  I was.”

Ornest’s sister, Laura sees the art show as the first step toward creating a legacy for her brother.  ‘It’s time to show the world how my brother, while suffering from severe mental illness, was still able to express joy and vibrancy, hopefulness, silliness and even whimsy.  I wanted to do for him what he couldn’t do for himself.

“Seeing Maury’s paintings helped me and my husband to deal with our grief.  We hope this show will help others who may be experiencing similar feelings,” she said.  “We also want the show to give people compassion for those with mental illness.  Our wish is that it will guide them to see past the illness to the person.  It’s often very difficult to do that.  Maury’s work may give them a new perspective.”

With the help of a therapist and lessons at the Otis School of Art and UCLA extension, Ornest created his own therapy plan.  From his home in Beverly Hills, he used his art to express his personal insights.  It was a coping strategy that displayed the quality of life he imagined he could attain one day.  And that quality of life is beautiful.

“Sometimes, like now, I think of why am I an artist,” Ornest wrote in his journal.  “Art chose me and I accepted.” 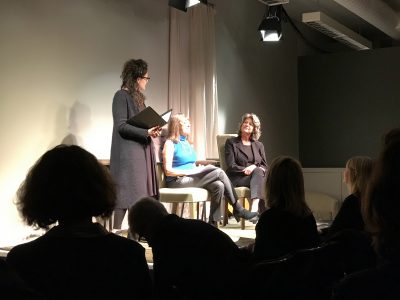 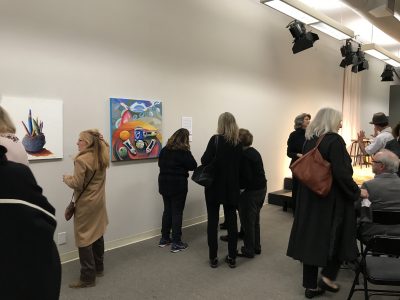 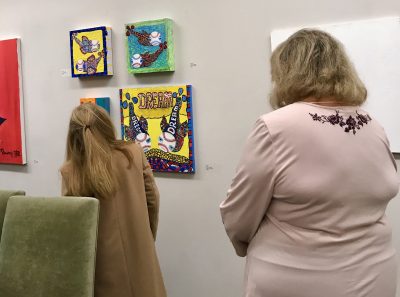 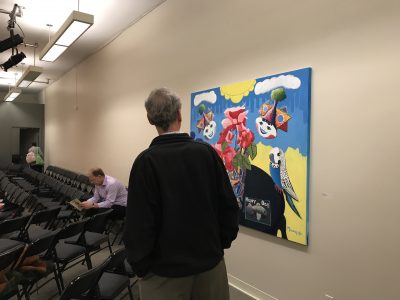 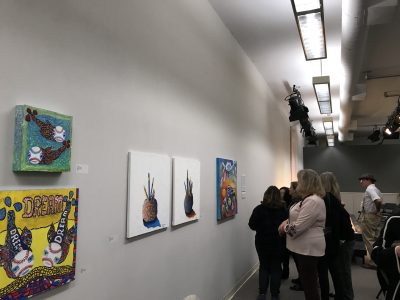