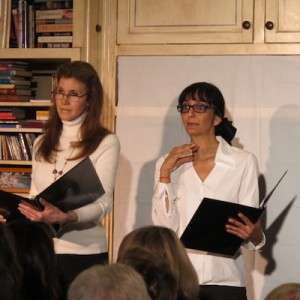 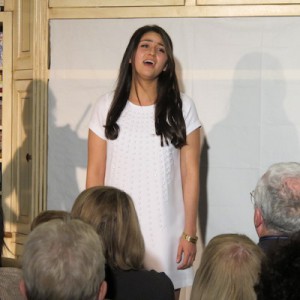 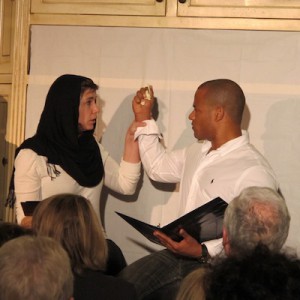 Persian Gardens
Written by Gina Nahai, Performed by The Cast

Saffron Rice and Cranberry Sauce
Written by Esther Amini adapted from A Persian Thanksgiving, published in The Jewish Week, Performed by Roxana Rastegar

A Poem By Rumi
Performed by Wendy Colman Levin and Sohaila Zivari, On Violin Nazanin Eliahoo

ESTHER AMINI (Writer) lives in Manhattan and is a psychoanalytic psychotherapist. She is presently working on a collection of short stories, entitled Leaving Mashhad. Her stories have appeared in The Jewish Week and Barnard Magazine.

NIKI BLACK (Singer) is an 11th grader at the Marlborough School in Los Angeles, where she is active in the performing arts, participating in school musicals, numerous ensembles, and the school choir. Niki is involved in community service, sharing her passion for music with organizations such as Project MuszEd, a program for underprivileged area youth. Niki is currently serving as musical director for the Third Street Elementary School’s musical production of The Jungle Book.

EVE BRANDSTEIN (Director) has made contributions to nearly every facet of the entertainment industry. She has been a major studio executive, a producer, a director, writer/creator, casting director, talent manager and author. Brandstein was casting executive for Norman Lear’s production companies. Some of her credits for casting over two decades include Diff’rent Strokes, One Day At A Time, Facts of Life and Who’s The Boss. She is currently producing Poetry In Motion LA at Beyond Baroque, directing Stories From the Fringe for the Jewish Women’s Theatre and the original production of Revisiting Wildfire at the Odyssey Theater, which will premiere June 1, 2012 at the Arclight Theater in NY. Eve is a poet, journalist, artist and licensed psychotherapist.

SHARON EISMAN (Actor) is an actress and voice over artist. Originally from the East Coast, she has performed all over the Tri-State Area including the Hangar Theater and the McCarter Theater as well as originating roles with cult companies like Vampire Cowboys in New York City. She has also been seen in classic New York televisions shows such as One Life To Live, Law and Order and a few Comedy Central gems. www.sharoneisman.com.

WENDY COLMAN LEVIN (Actor) Wendy was a Theater Arts major at Brandeis University, studied acting in London and has performed in a variety of plays, daytime series and television specials over the years. More recently she has done workshop work in and around LA and at her synagogue. Wendy, a mother of two, also has a Ph.D. in Public Health and currently works with the Business Leaders Task Force on Homelessness. This is Wendy’s second appearance with Jewish Women’s Theatre.

GINA NAHAI (Writer) is a best-selling author and a professor of Creative Writing at USC. Her novels have been translated into 18 languages, and have been selected as “One of the Best Books of the Year” by the Los Angeles Times and the Chicago Tribune. She is the winner of the Los Angeles Arts Council Award, the Persian Heritage Foundation’s Award, the Simon Rockower Award, and the Phi Kappa Phi Award. Her writings have appeared in the Los Angeles Times, Chicago Tribune, San Francisco Chronicle, Los Angeles Magazine, and Huffington Post. She writes a monthly column for the The Jewish Journal of Greater Los Angeles, is a frequent lecturer on the contemporary politics of the Middle East, has been a guest on PBS, CNBC and the NPR affiliate KCRW (The Politics of Culture). Nahai holds a B.A. and an M.A. in International Relations from UCLA, and an M.F.A. in Creative Writing from USC. She lives in Los Angeles, where she’s at work on a new novel.

ANGELLA NAZARIAN (Writer) is a part-time faculty in the psychology department at local universities in Los Angeles. She also facilitates adult personal development seminars for women. Her writing and award-winning verses have appeared in the MOTH and in New Millennium Press Literary Publications. She is a contributor to the Huffington Post, More magazine, and to Maria Shriver’s Women’s Conference. In her best-selling book, Life as a Visitor, Angella presents two interwoven narratives – her family’s harrowing escape from revolution-rocked Iran to the glitz and glamour of Beverly Hills, and of her own quest to understand both her past and her present through travel. Her second book, Pioneers of the Possible: Twenty Visionary Women of the World, was just released. For more information on Angella and her work, please visit www.angellanazarian.com

GAMAL J. PALMER (Actor) earned dual B.A. degrees in Liberal Arts and Theater Arts from the University of Miami. As an M.F.A. acting candidate at Yale University ‘08, Palmer co-produced an undergraduate abroad program, Arts in Action: Theater and Public Health in Swaziland and South Africa. Palmer co-conceived the play In The Cypher and has performed in regional theaters such as the Shakespeare Theater Company DC, Yale Repertory Theater and Shakespeare and Company. Palmer wrote and co-produced a one-man show, Mosaic, based on interviews held with men of color in North America and South Africa. Palmer has held Board positions at The Working Classroom, Yale Diversity Committee and The Yale African American Cultural Center. He is based in Los Angeles where he serves as the President and Founder of Global Eye Entertainment.

ROXANA RASTEGAR (Actor) has a B.A. in Comparative Literature from the American University in Paris and an M.A. in Theater Arts from Cal State LA. Roxana began working as a professional photographer before joining the Avaz International Dance Company. As a member, she has performed at acclaimed venues such as the Japan American Theater, the Dorothy Chandler Pavilion, and Royce Hall. Roxana has also done voice work in several original radio plays heard on KIRN in Los Angeles, and worked for Persian satellite TV. She played a lead role in the long running play The 99 Cent Family, and recently in Death, a Very Serious Comedy. Roxana works as a producer, and her past productions include film, dance, plays, and concerts.

JESSICA SHOKRIAN (Artist) is a Persian Jewish Multi Media Artist. Her work explores the delicate complexities of being a woman in a society that continues to feed into the false notion that true happiness and ultimate beauty are commodities to be purchased at one’s local shopping mall and where souls are sold for leading roles in other peoples’ twisted realities. Her work has been included in many publications as well as a major exhibit at The Jewish Museums in New York and San Francisco, and The Skirball in L.A.

RONDA SPINAK (Producer) is the Co-Founder and Artistic Director of the Jewish Women’s theatre. She originated JWT’s popular At-Homes Salon Theatre series and has created over a dozen Jewish-themed shows. She has 2 degrees from Stanford, an M.B.A. from UCLA and a Masters in Writing from USC. She has written for the Emmy Award-winning children’s show, Rugrats, authored the critically acclaimed Non-fiction book ProBodX: Proper Body Exercise (HarperCollins, publisher), and written many plays, including Stories From the Fringe, based on interviews with 18 LA women rabbis. She is currently producing a documentary film about women rabbis entitled, On the Fringe. Ronda is grateful for the many blessings that have come to her from working with Jewish women and the Jewish Women’s Theatre.

JESSICA YOUSEFFI (Co-Producer) left her birthplace of London, England to make aliyah to the Iranian-Jewish homeland of Tehrangeles, California. There she studied Print and Digital Journalism and Communication Design at the University of Southern California. She recently graduated in Fall ’11 and is now working as a community organizer with Clergy and Laity United for Economic Justice.

SOHAILA ZIVARI (Actor) received her B.A. in Iranian history and Persian literature from the University of Tehran. She then immigrated to the U.S. with her husband and young daughter. After working in the health and nutrition fields, Sohaila decided to follow her childhood dream of writing and finished a satirical play in Farsi and a historical novel based on the life of the famous Sufi poet Rumi in English, published in July 2011. Now a mother of 3, she is currently at work on her second book, and lives with her husband and son in Encino. 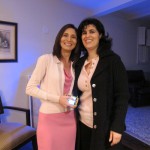 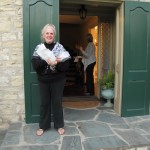 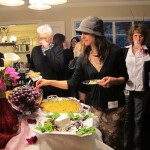 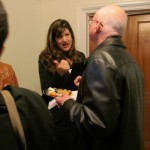 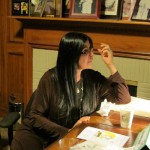 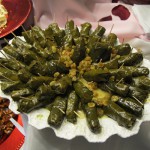 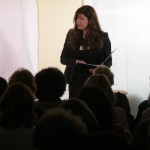 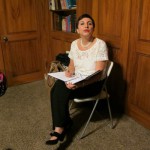 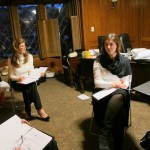 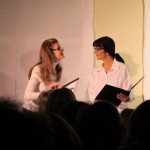 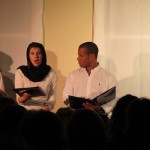 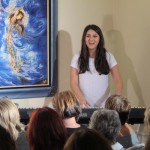 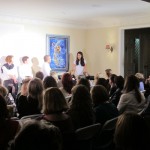