Redefining Jewish theatre for our time, and not just for women.

A kitchen table. A pot of coffee. A plate of bagels. Three women came together in an ordinary way to realize the extraordinary dream of creating a theatre for Jewish women.

That was in the spring of 2007.  In the fall of 2008, Jewish Women’s Theatre debuted in the backyard of a home in Pacific Palisades, California with the expressed purpose of giving voice to Jewish women on stage.  Until then, no theater company in America had pledged to welcome and encourage contemporary stories by Jewish women and to adapt them theatrically, giving them life in front of a live audience.

We had no space.  We had no money.  But we had talented, creative women wanting to share their stories.  And that opened a new way of thinking about theatre.  “We are a people of the book,” we reasoned. “What if we focused on the word, the text, the story? What if we revived the age-old tradition of salons:  women hosting culture of the day in their homes?”  Sparing the expense of a theater, sets, costumes, and props meant we could fully focus on presenting powerful stories in unexpected and convenient venues, reaching many more local neighborhoods across Los Angeles.

We soon became a project of Community Partners, the gold standard of non-profit fiscal sponsorship and launched our signature groundbreaking program, At-Homes Salon Theatre.  These theatrical presentations are created around a theme and curated to include stories, poems, comedic monologues, songs, and even art all designed to illuminate various aspects of the theme.  And, there is always great food!  Community members opened their beautiful homes to host this new hybrid of storytelling and theatre with a Jewish lens and we began building community and connection, one story at time.  That first full season of three shows with three performances each, attracted 482  patrons with just word of mouth marketing. And we never looked back!

Since then, we have grown exponentially, delighting over 100,000 community members with new original content and unique arts and culture experiences throughout Los Angeles, the South Bay, the San Francisco Bay Area and beyond from New York City to Knoxville, Tennessee. JWT has partnered with over 85 comunity partners to bring our unique brand of entertainment out into the community including synagogues, museums, art galleries, universities, Jewish Community Centers, senior-serving facilities and even prisons.

We continuously encourage hundreds of lay and professional writers and artists, inspiring original works that might not have been created without our existence, call to action, and support. In 2015 we became an independent non-profit and are supported through ticket sales, a wide patron and donor base, corporate sponsorships and generous foundations.

THE QUESTION OF MEN AND THE POWER OF UNIVERSAL APPEAL

One night after a show, two men walking out of a home were engaged in a heated discussion and asked our Artistic Director,  Ronda Spinak, “Why is it called Jewish Women’s Theatre? We’re men, and we loved it, too!”

Our performances are a unifying experience, providing great entertainment and unexpected opportunities for self-reflection and connection that strengthens our humanity.   Now, in our 12th season, JWT seeks, develops and adapts stories celebrating a diverse Jewish population that can share the stage, regardless of gender, generation, degree of Jewish observance, ethnicity, cultural background, or sexual orientation.   And so we draw audiences of all ages, both women and men, mostly Jewish, but not all.

Our unique shows engage all kinds of writers, actors and audiences to deeply reflect on and celebrate Jewish life.  For many, it provides a new and culturally relevant way to reshape perceptions of Jews for themselves and others. For others, it connects them to their Jewish roots within a non-religious community.

So far, hundreds of stories have been presented and over 45 original Salon shows produced, including seminal ones:  Saffron & Rosewater—about the Persian Jewish immigrant, Stories From The Fringe—the trailblazing stories of women rabbis, Eden According to Eve—bible stories from a feminine perspective set in contemporary times, Chutzpah & Salsa—the Latino Jewish experience and more!

A HOME OF OUR OWN

The Braid: Weaving Performance and Art

In addition to our pioneering Salons, often viewed as an innovative pop-up model of theater, JWT recognized the need for a permanent home that would support longer running shows while establishing a valuable creative hub in the community.  With seed funding from private donors and the leadership and good will of JWT’s passionate and committed volunteers, JWT opened The Braid in November 2014  in the Bergamot Arts District of Santa Monica. The Braid is home to JWT’s office, theatrical presentations, writer’s workshops, classes, an art gallery, community events and special Shabbat services that combine performance with prayer and song.

Every year, there are about a half dozen art exhibits that tie thematically with the performances presented at The Braid.  Patrons experience a theme both visually and dramatically. This  artful and innovative aspect of our work deepens engagement with a topic, setting it apart from other theatres and performance spaces.

THE BRAID TO OFF-BROADWAY

A rare and coveted path for LA Theater.

The Braid opened with an initial production of Not That Jewish,JWT’s commissioned one-woman show by Monica Piper, an artist-in-residence and veteran of JWT salons.  The show played to sold-out audiences, 3-4 nights a week for sixteen months, earning a nomination from the Los Angeles Drama Critics Circle for the best solo performance in 2015.  Due to its resounding success, Not That Jewish opened off-Broadway at New World Stages in October 2016.

The show ends. The audience is in tears.  Inevitably a patron asks, “How can I share this story with someone not here tonight?”  And so we go, from page to stage to the digital frontier!

We look forward to our second decade, giving voice and celebrating untold Jewish stories, giving all access to these contemporary treasures via digital formats, licensing and tours, and creating a lasting legacy for future generations. 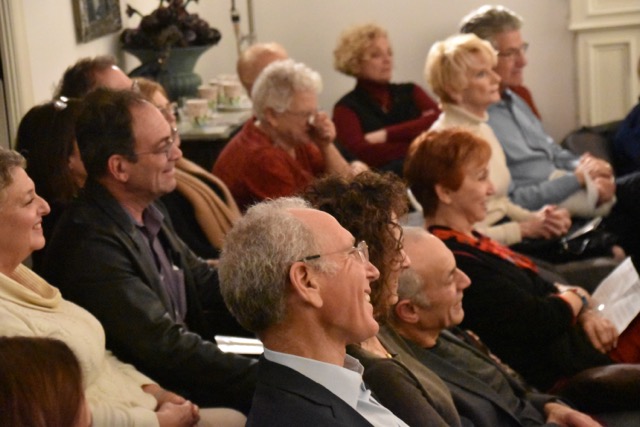 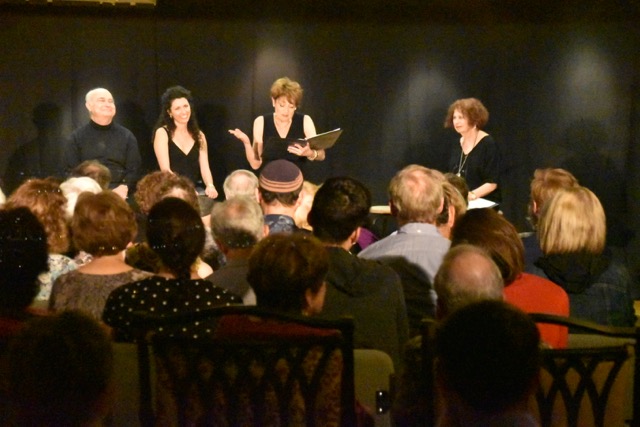 Our passion is to

from page to stage. 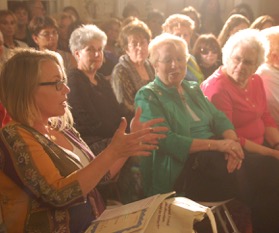 To read more, go to WHAT IS SALON THEATRE? 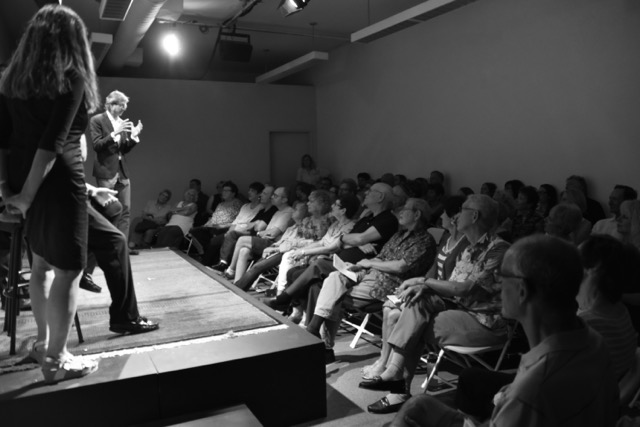