Our Men Have Their Say

What are our men saying? Find out in this poignant show that will surely engender laughter and tears. 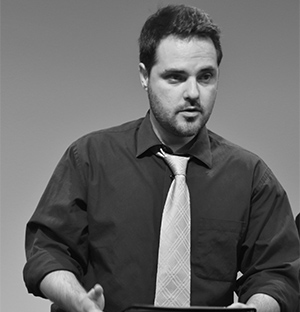 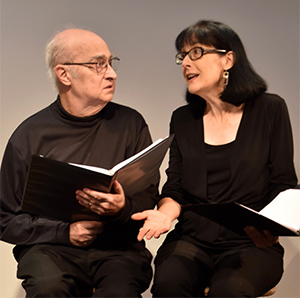 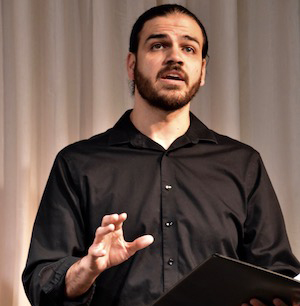 RABBI LEONID FELDMAN (Writer), spiritual leader of Temple Beth El in West Palm Beach, Florida, and CLAL associate, is the first and only Soviet-born Conservative rabbi in America. He is also the president of the Ami-Da Institute for training Russian Jewish leaders and senior rabbinic fellow of the Shalom Hartman Institute in Jerusalem. Rabbi Feldman has lectured in 37 states and 19 countries, has testified before the US Congress and Commission on Security and Cooperation in Europe, and addressed the California Senate and Florida House of Representatives. He has been the subject of feature articles in the New York Times, Chicago Tribune, Jerusalem Post, Miami Herald, Los Angeles Times, Insight Magazine, and Moment, and his biography appears in a host of Who’s Whos. Rabbi Feldman has served as a scholar for the Wexner Heritage Foundation and as director of education for Soviet emigrés in Italy. He holds graduate degrees in rabbinics from the University of Judaism in Los Angeles, in education from the Hebrew University in Jerusalem, in physics and theater arts from Kishinev State Pedagogical Institute in the USSR, and is a Ph.D candidate in international relations at the University of Miami.

VICKI JUDITZ (Actor/Writer) Best known in L.A. for her one-woman show Teshuvah, Return about her journey to Judaism, Juditz has performed her original stories at theaters and festivals across the country, including the National Storytelling Festival and the Aspen LAFF Festival.  Her story Boca recently aired on KCRW’s UnFictional and Dancing at Joe’s is slated for an upcoming episode of The Moth Radio Hour.  On TV, she has played comic roles on Coach, Everybody Loves Raymond, and My Name is Earl.

BARBARA KOLETSKY (Associate Producer) has most recently worked on the production side of Jewish Women’s Theatre. Prior to that, for three seasons she was responsible for catering.  Now Barbara is thrilled to be moving into stage management for JWT at The Braid.  Barbara is also the owner of RSVP Party Planning, where as an experienced party planner she has produced many events, specializing in charitable organizations but with many corporate and private clients as well. Barbara was born in New York and moved to California for a career in marketing and promotions for Polygram Records and Elektra Atlantic Corp. She regularly volunteers at the Grossman Burn Center with her service dog, Rodney.

DAVID MASELLO (Writer) is a widely published essayist, feature writer, poet, and playwright (his newest play, Poetic Justice, was chosen by New York’s Acting Studio for a series of cast readings). He is a longtime magazine editor and writer, having held senior editorial positions at Town & Country, Art & Antiques, Travel & Leisure, Departures, and other periodicals. The founding editor-in-chief of Out Traveler, he is currently executive editor of Milieu, a print magazine about design. Prior to his magazine work, he was a hardcover nonfiction editor at Simon and Schuster and has authored two books about architecture and art, as well as published in the New York Times, Salon, Boston Globe, and many other periodicals and anthologies, including Best American Essays. A frequent lecturer at universities, art foundations, and other venues on writing about art and culture, he is on the board of SAY650.com, a popular live-essay reading series where his works have been featured and filmed.  Although Manhattan is where he lives and works, he comes from Evanston, Illinois, which will always feel like home.

AJ MEIJER (Actor) recently made his New York theater debut in the original cast of the smash hit Heathers: The Musical. Film: Life Partners (with Adam Brody and Leighton Meester), Broken Horses (with Vincent D’Onfrio and Anton Yelchin). He co-founded Los Angeles Theatre Ensemble and was seen in their productions of The War Cycle (Ovation Award nomination). Regional: Lennie in Of Mice and Men at TheatreWorks, Silicon Valley; All About Gordon at the Ahmanson; Getty Center with the National Theatre of Greece; Tug of War at the Getty Villa. Graduate of the UCLA School of Theatre, Film, and Television, where he currently teaches business and marketing to the third-year MFA actors. He also co-hosts the weekly industry-focused podcast “Inside Acting.” Learn more at www.insideacting.net  or www.ajmeijer.com.

SUSAN MORGENSTERN (Director) began directing in college by staging musical theatre concert readings while co-teaching American Musical Comedy with Tom Lehrer at UC Santa Cruz. She went on to teach and direct at the renowned Stage Door Manor performing arts camp in upstate New York.  In Los Angeles, for Theatre West, Susan has directed selections from David Ives’ All in the Timing; the musicals Just Too Cool, book by Mary Garripoli, music by Phil Orem; and Saturday Night at Grossinger’s, book by Stephen Cole, music by Claibe Richardson; and Barbara Nell Beery’s play, The Socialization of Ruthie Shapiro.  At the Falcon Theatre she directed Leap, by Arnold Margolin, Surviving Sex, by David Landsberg, and the hit comedy, The Psychic, by Sam Bobrick. Susan directed Happy Days, a New Musical, book by Garry Marshall, music/lyrics by Paul Williams, at Cabrillo Music Theatre.  She directed an extended-run production of Meryl Cohn’s comedy Reasons to Live at the Skylight Theatre.  In 2014, Susan began working as a consultant show director at Disneyland Parks and Resorts, Anaheim.  She has directed numerous JWT salon shows, and now happily holds a position as JWT’s Producing Director.

HAL SIROWITZ (Writer) is an internationally known poet and the author of five books of poetry: Mother Said (Crown/Random House 1996); My Therapist Said (Crown/Random House 1998); Before, During & After (Soft Skull Press 2003); Father Said (Soft Skull Press 2004); and Stray Cat Blues (Backwaters Press 2012) which was awarded the 2013 Nebraska Book Award for Poetry.  His work has been translated into thirteen languages. Hal has performed his poetry across the country and Europe. He has performed and appeared on MTV’s Spoken Word Unplugged; Lollapalooza; Edinburgh’s Fringe Festival; the Helsinki International Poetry Festival; the International Children’s Book Festival in Iceland; Studio Zed on Canadian Public Television; PBS’s Poetry Heaven; NPR’s All Things Considered; PBS’s The United States of Poetry and Fresh Air with Terry Gross.  Hal is a retired New York City public school teacher. He lives with his wife, the writer Minter Krotzer, in Philadelphia.

RONDA SPINAK (Producer & JWT Artistic Director) created and produces JWT’s At-Homes Salon Theatre Series, now in its ninth season. She has curated more than 26 original Jewish-themed salon shows for JWT, as well as adapted many of the pieces performed. She graduated from Stanford University, and holds degrees from UCLA (MBA) and USC (Masters in professional writing). Ronda’s plays include Stories from the Fringe and festival-winner Oscar Wilde’s Wife, a favorite at the Ashland New Play Festival and Dayton’s FutureFest. She has written for the Emmy Award-winning children’s show Rugrats and authored the critically acclaimed nonfiction book ProBodX: Proper Body Exercise (HarperCollins, publisher). Ronda is on the board of the Association for Jewish Theatres, is a member of the Dramatists Guild and has served on the LA County Arts Commission reviewing grants. She feels blessed to be working with the many talented and inspiring women who give so generously to Jewish Women’s Theatre.

DAVID SUISSA (Writer) is president of Tribe Media/Jewish Journal and is an award-winning columnist who writes about everything from the crazy world of politics to the even crazier subject of how Jews are making their way in a post-modern world of Twitter attention spans.

SEAN TOPPS (Actor) was born and raised in Vancouver, Canada, and classically trained at the University of Windsor Fine Arts in Acting program. Sean created and starred in the critically acclaimed solo stage play What Be G*d Is Blessing and most recently appeared in the short film The Petulant – A Parody of The Revenant. A frequent performer at JWT, Sean has been seen in Past & Present: Russian Jewish American Stories; My Bad, My Good; and Hold Me, Heal Me and Chutzpah and Salsa.
<div class="fusion-panel panel-defa