Want to bring this show to your community? Click here for the Not That Jewish Booking Page 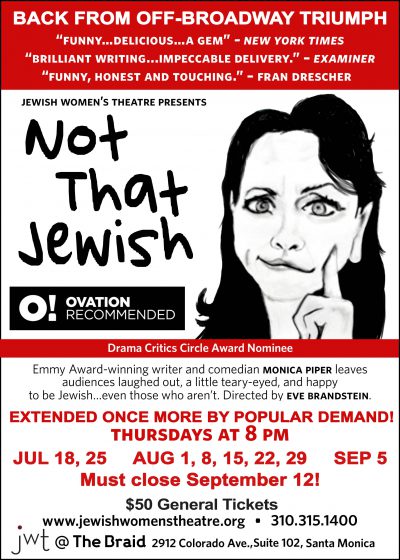 Emmy Award-winning comedy writer and comedian, Monica Piper, leaves audiences laughed out, a little teary-eyed, and happy to be Jewish…even those who aren’t…

“Hilarious. A delightful, completely charming look at a woman with the comic skills, timing, and creativity to tickle every funny bone”
– LA Splash

“Should not be missed…very funny. Piper’s comedy skills, both verbal and physical, are finely tuned. Her story is touching…inspiring. It’s about winning and losing, and most of all it’s about laughing through it all…”
–Hollywood Revealed 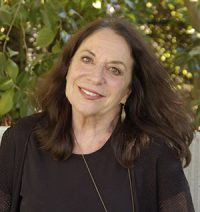 “The best entertainment decision you could make in years, see this show.”

If The Devil Had Menopause

“I cannot imagine anyone’s not enjoying being in Piper’s company for 90 minutes. And if there are any such, I wouldn’t want to know them”

Written and Performed by Monica Piper

MONICA PIPER was a Campfire Girl … in the Bronx. “You sense your life isn’t normal when you’re sitting on the D train with a bag of marshmallows and a twig.”

Monica began her career as a high school English teacher. While finding it rewarding, she realized her passion was making people laugh. She studied improv with Second City in Chicago and performed with Sons of the Sunset and Papaya Juice in San Francisco. Monica then went solo as a standup and soon became one of Showtime Network’s Comedy All Stars. It wasn’t long before she landed her own Ace Award-winning Showtime Special, “No, Monica… Just You,” and was nominated for an American Comedy Award as one of the top five female comedians in the country.

Monica was recruited by Ms.Barr herself to write on Roseanne. Thus began her career as a sit-com writer. She went on to write for Mad About You and Veronica’s Closet.

Now a mother, she found that sit-com hours meant too much time away from her son, so Monica turned to animation. After writing for the adult cult favorite, Duckman, she became the head writer of the #1 children’s animated series, Rugrats, for which she won an Emmy. She went on to develop and write series for Nickelodeon, Disney, and Cartoon Network.

Monica has returned to her first love, performing. As a standup, she’s the headlining entertainer for organizations around the country, appearing at fundraising dinners for the City of Hope, the Jewish Federation, the National Alliance on Mental Illness, the Premiere Oncology Foundation, as well as Jewish groups nationwide.

An artist-in-residence with Jewish Women’s Theatre, Monica performs original pieces for their acclaimed At-Homes Salon Theatre Series and is eternally grateful to JWT and a special patron for commissioning her one-woman show, Not That Jewish, for which the LA Drama Critics Circle nominated her for Best Solo Performance of 2015. Not That Jewish is slated to open Off-Broadway in fall 2016.

Monica lives in Santa Monica with her son, Jake, whom she loves and adores almost every day.

EVE BRANDSTEIN (Director) has made contributions to nearly every facet of the entertainment industry as a major studio executive, producer, director, writer/creator, talent manager, and author. Eve has had a notable career as a casting director, with hundreds of credits for major television and film projects. Some of her credits over her three decades of casting include the feature This Is Spinal Tap, as well as television credits that include Diff’rent Strokes, One Day at a Time, Facts of Life, and Who’s the Boss. She directed John Waters Presents Movies That Will Corrupt You (HERE TV), Small Victories (NBC), The Return (AFI-Independent), People for the American Way, produced and wrote E/R the comedy, and produced several features. Recently she directed the Off-Broadway productions of Voices of Swords in NY and the long-running hit comedy Shut Up, Sit Down & Eat. Other recent credits are the NY and LA premieres of Revisiting Wildfire, Ronnie Spector’s Beyond the Beehive, Waiting for Jack: A Beat Poetry Reunion, Claiming Allen Ginsberg, and Suzanne Wang’s Cracked Open. Eve has also directed the Jewish Women’s Theatre shows Stories from the Fringe, Saffron and Rosewater, Hold Me, Heal Me, He Said, She Said, Past & Present: Russian Jewish American Stories, and Beyond Jacob’s Ladder. She is currently producing Poetry in Motion, a spoken-word event since 1988 in LA at Beyond Baroque and in New York. evebrandsteinproductions.com.

RONDA SPINAK (Producer) created and produces JWT’s At-Homes Salon Theatre Series, now in its eighth season. To date she has curated more than 28 original Jewish-themed salon shows for JWT, as well as adapted hundreds of pieces to the stage used in the salons. Ronda is very proud to have commissioned and worked with Monica to bring Not That Jewish to fruition. Educated at Stanford University, she also holds degrees from UCLA (MBA) and USC (masters in professional writing). Ronda has written many plays, including Stories from the Fringe and festival-winner Oscar Wilde’s Wife, a favorite at the Ashland New Play Festival and Dayton’s FuturFest. She has written for the Emmy Award-winning children’s show Rugrats and authored the critically acclaimed nonfiction book ProBodX: Proper Body Exercise (HarperCollins, publisher). Ronda is on the board of the Association for Jewish Theatres, is a member of the Dramatist Guild, and has served twice as a grant reviewer for the Los Angeles County Arts Commission. She feels especially blessed to be working with the many talented and inspiring women who are giving so generously to Jewish Women’s Theatre. She thanks ADR for his love, inspiration, and help.

BARBARA KOLETSKY (Stage Manager/Assistant Producer) has most recently worked on the production side of Jewish Women’s Theatre. Prior to that, for three seasons she was responsible for catering. Now Barbara is thrilled to be moving into stage management for JWT at The Braid. Barbara is also the owner of RSVP Party Planning, where as an experienced party planner she has produced many events, specializing in charitable organizations but with many corporate and private clients as well. Barbara was born in New York and moved to California for a career in marketing and promotions for Polygram Records and Warner Elektra Atlantic Corp. She regularly volunteers at the Grossman Burn Center with her service dog, Rodney.

SUSIE YURÉ (Associate Producer) has volunteered for 30 years in nonprofit organizations, where she has held leadership roles in fundraising, event planning, facilities coordinating, programming, membership, marketing, and administration. Susie has produced musical theatre productions, classical concerts, and cabaret performances and has been intensely involved in the world of theatre for more than 20 years. She holds a BA and MA in elementary education from USC, along with her California lifetime teaching credential. Her favorite role is mom to her two talented (grown) children, who are both professional (and working) musicians.

ROSE ZIFF (Associate Producer) is new to performing arts. She came out of retirement after working at UCLA Medical Center for 33 years, where she functioned as “den mother” to more than 1000 interns, residents, and clinical fellows at UCLA, the VA, and Olive View-UCLA Medical Centers, providing resources and support. Rose is currently serving on the Board of Directors for Lev Eisha, a Jewish women’s nonprofit religious organization and spiritual community. 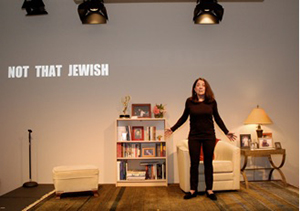 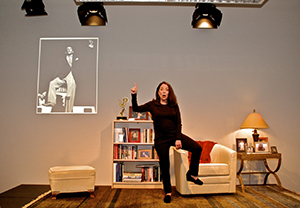 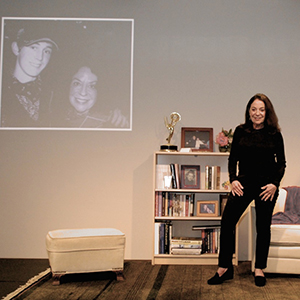 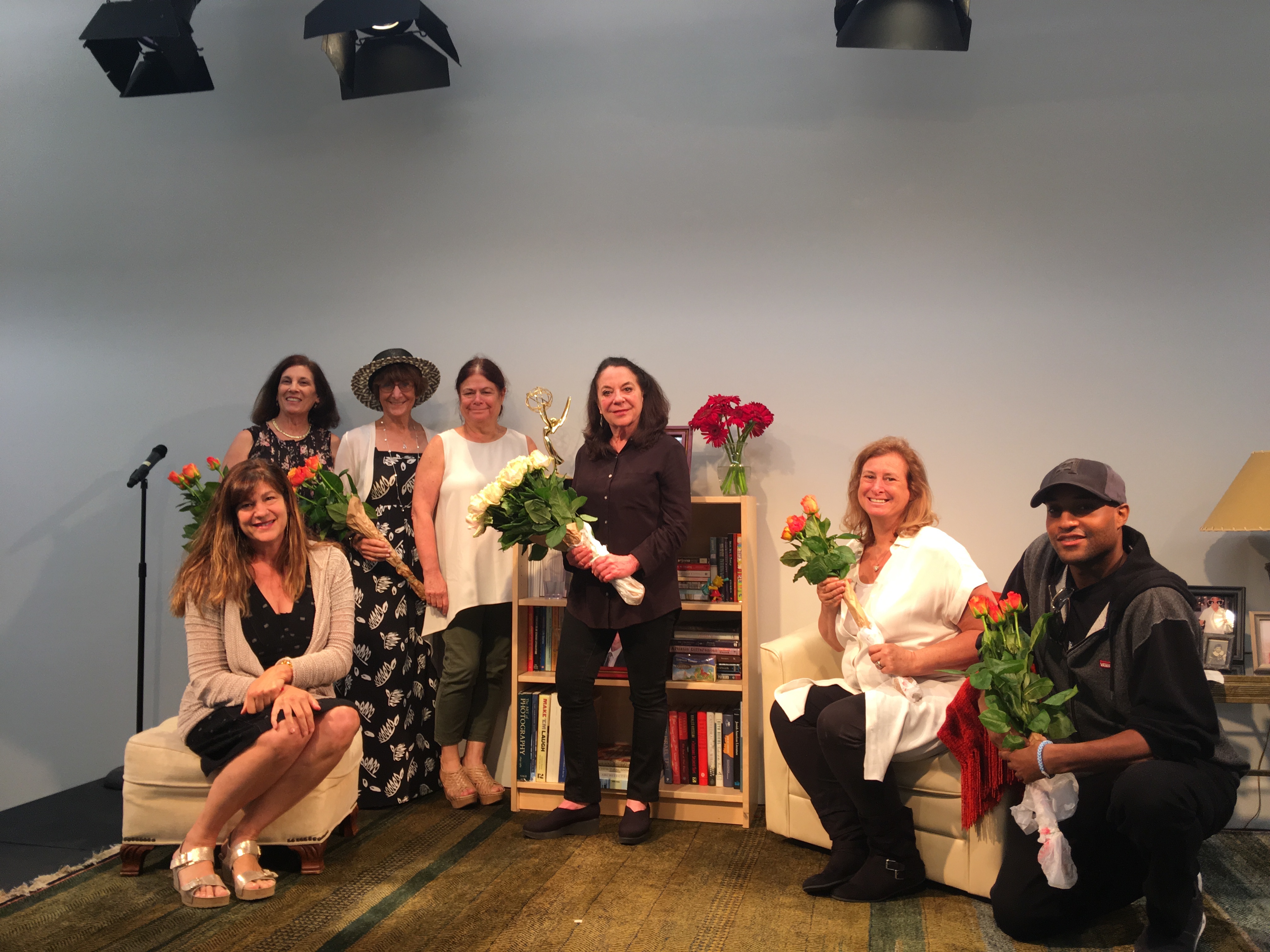