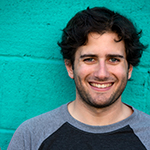 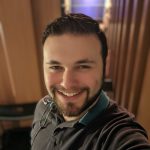 CHARLES VOLK is a writer and director who’s inspired by untraditional forms of storytelling and entrepreneurial decisions. As an LA native “Chaz” aspires to become an influence in tomorrow’s Hollywood as Mr. Thrive. 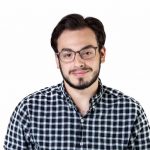 ISAAC “IZZY” SALANT is a native Marylander who’s loved writing and theater from an early age, so much so that he decided to freeze to death for four years to study Theater and Journalism at the University of Massachusetts Amherst. He then realized he preferred the warmth and relocated to Los Angeles, where he now serves as a Jewish Education specialist at Hillel at UCLA. Plays include Rite of Passage, which was workshopped at the Kennedy Center Playwright Intensive, Unrequited, The Scenic View, and Peace Talks, the latter of which was showcased through the David Project. Acting credits include Hamlet (Hamlet), Dr. Frank N Furter (The Rocky Horror Show), Antonio (The Tempest), and featured ensemble in the world premiere of Infants of the Spring by Ifa Bayeza. He is also a practicing magician.

RACHEL MINKOFF graduated with a B.A. in Acting and a minor in Stage Combat in 2014 Columbia College Chicago and worked as a solo performance artist at the established venue Stage 773. In 2015 she performed at the NEU NOW Festival in Amsterdam with her performance collective that crafted original immersive works for the stage. Rachel lives in Los Angeles, where she works at RAW Artists researching up and coming artists to showcase their creativity. She is excited to collaborate with The Jewish Women’s Theater for the first time and be a part of this wonderful community of artists. 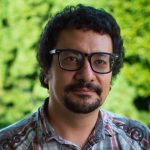 DAVID CHIU, along with screenwriting partner Patrick Wall, wrote an episode for the Amazon Prime series LORE and sold a VR project to Dreamscape Immersive for development with Sam Raimi and Walter Parkes. PATTERNS, their script about Twilight Zone creator Rod Serling, made 2015’s Hit List. On his own, David wrote monologues for JWT shows True Colors and Mapping of the Mind. He’s currently developing a two-person show for JWT with Joshua Silverstein. Having recently joined the Board of Trustees of Temple Isaiah, David was honored to receive its 2019 Emerging Leaders Award. Through his beloved shul, he does activist work on climate change, the housing crisis, and refugees and asylum seekers. David is also a member of the LA Jews of Color group and is part of a team advising his local Jewish Federation on JOC issues. He has an MFA in Film Production from the University of Miami.

DAPHNA SHULL is a three-time NEXT Arts Council Fellow, literary manager, and writer, born and raised in Tampa, Florida. She received her bachelor’s degree in media production from Florida State University and recently self-published The Quiet Things, an illustrated, original screenplay on Amazon. Daphna works as JWT’s Artistic Associate and as a museum educator for the Zimmer Children’s Museum. 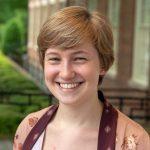 AMANDA HOROWITZ is a young adult who wants to spend her life organizing and creating new theater. She recently graduated with bachelor’s degrees in theater and math from The University of Alabama, where she stage managed and assistant stage managed eight shows in the theater department. She most recently directed a thirty-minute play as part of a new-works play festival in North Hollywood. She hopes someday to be able to run her own theater company dedicated to producing emerging theater and providing other young adults with their first paid opportunities in the arts. She is thankful to Jewish Women’s Theatre for providing her first step toward her professional career. 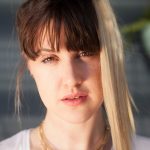 SOPHIE STERN is a native L.A. songwriter, producer, actress, artist.  Being the daughter of two actors meant creativity has always been in her blood. She has made a career for herself as a songwriter/music producer working with the likes of Britney Spears, Max Martin, Kendrick Lamar, Ke$ha, Bloodshy and Avant, American Idol winners, and many others. Her band Sophie and The Bom Boms was signed to Columbia Records and toured the world. She recently started venturing back into one of her first loves theater. Taking classes at Beverly Hills Playhouse and doing live performance projects around L.A. Sophie currently lives in Los Angeles and spends her time juggling between her creative work and spending time with her husband David and son Moshe. 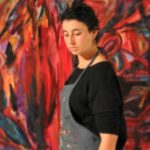