Listen to My Bad, My Good (Abridged) on the JWT Podcast

My Bad, My Good

Honest, revealing and funny confessions of 20/30 somethings that will make you rethink your views about a new generation! 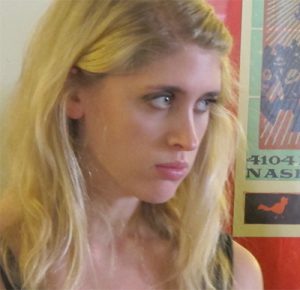 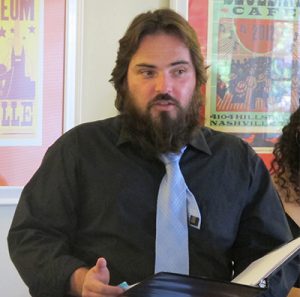 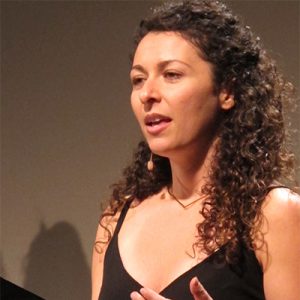 Adventures in Judaism of an Honorary Jew
Written by Marina Chan.  Performed by Mirai Booth-Ong, Arva Rose and Sean Topps.

An Answer to My Prayers
Written by Henry W. Kimmel.  Performed by Sean Topps and Lisa Cirincione.

Father in Me
Written by Paul V.  Performed by  Sean Topps.

JESS ANSIK (Writer) draws her inspiration from friends, family, and eavesdropping on conversations at coffee shops. She is currently finishing her thesis at LMU’s School of Film and Television, where she was recently honored with the Best Screenwriter’s Award. When she’s not writing, Jess spends most of her time with her dog, Dexter, and being ignored by her cat, Arya. She would like to thank her mom and sister for leading by extraordinary example and encouraging her to always live passionately and creatively.

PONTEA BANAYAN (Actor/Singer-Songwriter) LA native singer-songwriter Pontea, an up-and-coming solo performance artist, colors her self-penned works with elements of R&B and a soulfully intense, catchy pop delivery. No stranger to the live performance scene in Southern California, her vibrantly rich vocals and keys-driven acoustic-electro hybrid sound speak to a new generation of singer-songwriters. Pontea’s compelling live shows might even feature some spontaneous beat boxing, which she has been known to engage her audiences in from time to time. Find more information and links to her music at www.iampontea.com.

MIRAI BOOTH-ONG (Actor) has appeared in numerous television and film projects, including ABC’s Scandal and CBS’s Extant, and MTV’s Teen Wolf.  She had supporting roles in the award-winning indie films Hard Sun and No One Will Know. In addition, Mirai has appeared in theatrical productions of Nunsense (as Sister Amnesia) and The Sound of Music (as Maria) and is the resident choreographer for Young Stars Theatre (musicandtheatre.com), a children’s theatre company in Los Angeles. Mirai was born in Tokyo to a Malaysian mother and English father, moved to Singapore at age 10, and graduated from the United World College in South East Asia in Singapore, where she won awards for dramatist of the year and vocalist of the year. She attended Elon University in North Carolina, where she received a BFA, graduating cum laude. For more information, visit miraiboothong.com.

MARINA CHAN (Writer), an undergraduate at Columbia University, is majoring in drama and theatre arts with a prospective concentration in playwriting. In the past she’s acted in Packer Collegiate Institute’s productions of The Wiz, Once Upon a Mattress, Grease, and Guys and Dolls.  She’s also performed as a dancer in Il Re Pastore in the Mostly Mozart Festival at Lincoln Center and in the Family Matters Series at Dance Theater Workshop. Past credits at Columbia include acting in Unweaving the Core: Homer, Bearden & Us, and production and tech work for Barnard College’s Madame Bovary and A Dream Play. Marina has also studied music (piano, violin, and voice) throughout her school career and has continued her vocal studies in college, having recently been awarded Columbia’s Dolan Prize for voice.

LISA CIRINCIONE (actor) recently starred alongside W. Earl Brown in the indie drama Porcupine out this fall.  She also makes her producing debut with this film.  Lisa received  LA WEEKLY and LA Drama Critic’s Circle nominations for the role of Catherine in Pacific Resident Theatre’s production of A View from the Bridge.  Lisa is a proud company member of Pacific Resident Theatre and The Road Theatre Company and is so honored to be a new Artist in Residence with Jewish Women’s Theatre!  She can be seen on Jimmy Kimmel Live!, in national commercials, including a  spot for Sky Italia with Sandra Oh, and in numerous Indie Films.  Lisa received her B.F.A. in acting from USC and would like to thank her vivacious Sicilian-Jewish family for their constant love and support as well as Ronda and the whole JWT team.

PATRICK CONDE (Associate Producer) the most recent JWT employee, came to LA from the University of Wisconsin-Madison, where he earned his BA in History and Communication Arts. Driven by his passion for filmmaking and will to work in the entertainment industry, he found solace in contributing to the success of The Braid, JWT’s newly created theater. Using his talents to cement JWT’s success on social media and spearheading the paperless initiative, Patrick’s radical ideas and willingness to innovate have taken JWT in a whole new direction.

RACHEL ESKANAZI-GOLD (Songwriter) is a New York–based actor and composer. She recently graduated from the University of Michigan with a BFA in musical theater, where she wrote, produced, and music-directed the full-length musical Legends Ourselves and the song cycle Songs from Faraway Places. “I’ll Raise My Voice” is from that song cycle, which is based on Rachel’s personal experiences when she went abroad. Her music has been performed as part of NAMF at cabarets, and she also has a single on iTunes. Rachel continues to write and perform her own material. Check out her website www.RachelEG.com for more info and more music.

GRACE FETTERMAN (Writer) was born in Los Angeles in 1994. She is a senior at Reed College in Portland, Oregon, where she majors in English literature. In her writing, Grace often explores the uncanny displacing the familiar. This is the first time Grace’s work has been adapted for the stage.

ANNA FORWARD (Writer) a native Californian, is a kindergarten teacher by day and an artist, wedding photographer, and writer the rest of the time. Anna has written and performed work for the Marsh Theater in San Francisco. She has also been lucky enough to have written “A Jewish Pastry” a few seasons ago for JWT’s show God Plans and Woman Laughs. After such a fantastic experience, Anna was compelled to write “A Free Jew in the Reich” for the JWT show Uncuffed. She would like to thank her family and friends for their incredible support, and especially her mama for being s