Inside Our Time: The Good Ship Lollipop by Faith Beckerman Goldman 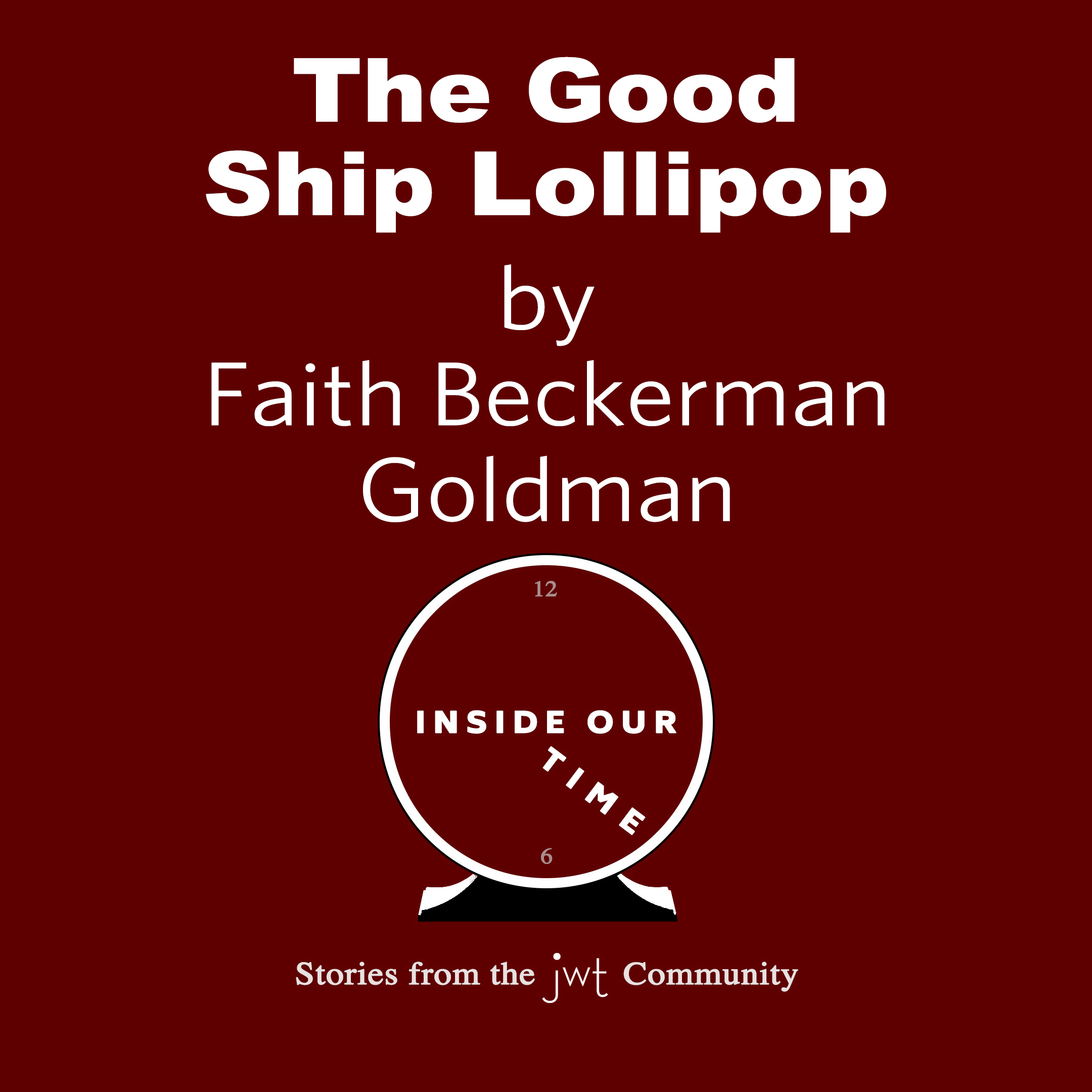 For 1,000 patients, the USNS MERCY that docked in the Port of Los Angeles yesterday will be just that.   This song made famous in 1934 by Shirley Temple was a night-time dream of lollipops, Cracker-Jacks, Tootsie Rolls and many other confections that were available at Peppermint Bay.

A friend called me from an area around the port describing the beautiful color of white ship against the blue water.  He recalls I told him the story of another Navy ship that arrived in the Port of Shanghai at the time of liberation late August of 1945.   The outside of the ship was battered but the inside was full of sailors ready to add some sweetness to the 18,000 refugees that came to the open Port of Shanghai previous to 1941.   Many of these refugees who had been interned in the Shanghai Ghetto from February 1943 were innocent children.   My late husband Robert Goldman was one of those children who all had become adults in children’s shoes.   The sailors and the liberating U.S.  Army soldiers were committed to helping all of these people but were drawn to the faces of these skinny and scared children.   A uniform was a uniform and evoked a sense of fear in them.   Not for long because soon the children found themselves looking in awe as a soldier tried handing them a Hershey Bar.   The bar had 18 pieces and one little girl ran back to get her friends so they too could have a taste of the GOOD SHIP LOLLIPOP.   Not only had Robert shared this story but, not long after his passing, I met one of those little girls who then introduced me to one of those soldiers!  The Mercy Ship will be like a welcomed piece of candy – a life sustaining White Ship named MERCY.   G-D bless them all.   Their caring never stops.   The real image of this ship MERCY will stay embedded in my memory bank forever.

Thank you Faith for your story! “Inside Our Time” digital series: