We love them.  We hate them.  The matters of family, and why family matters, are as old as the Bible.  This show reveals in stories and songs our most personal family stories.
March 6, 7, 11, 15, 2021 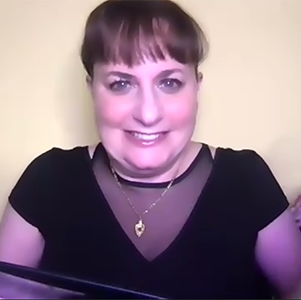 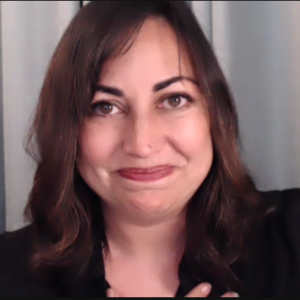 You’re Not My Mother
Music & lyrics by Mike Himelstein. Performed by Rick Zieff.

You Call That A Coat?
Written by Scott S. Hart. Performed by Rick Zieff and Shelly Goldstein.

Why Does Family Matter? — A Short Film
Created by Ronda Spinak and Andrew Fromer. Performed by The Braid’s company of actors.

Close to My Heart — First appeared in News and Views SCPD
Written by Gladys A. Layne. Performed by Kate Zentall.

The Banquet — A Commission of The Braid
Written and performed by Shelly Goldstein.

NATASHA M. BASLEY (Writer) is a short-story and creative non-fiction writer who has worked in international affairs for nearly two decades while also pursuing her passion in the arts. Singing in the Peace Child Honor Choir of Los Angeles took her to a Soviet pioneer camp in the 1980s in Yalta, where kids from the U.S. and U.S.S.R. performed a joint musical production. She also performed as an actor in Nancy Keystone’s award-winning The Akhmatova Project and in Bill Viola’s internationally acclaimed series, The Passions, which continues to be showcased in museums all over the world. When living in Nepal, Ms. Basley worked with the Kasthamandap Modern Art Collective to produce a fashion show entitled Wearable Art, which was also performed in Sri Lanka. Her travel stories recently appeared on KCRW’s Press Play with Madeleine Brand.

TALYA CAMRAS (Assistant Stage Manager) graduated from California Lutheran University with a BA in communication and a minor in technical theatre. Stage management credits include She Kills Monsters, Measure for Measure, The Pirate Queen Musical, columbinus (KCACTF), The Merry Wives of Windsor, Richard II, The Abuelas, The Colored Museum, and The Devised Works Project. Zoom productions include You’re a Good Man, Charlie Brown and A Mysterious Affair at Soldier Island. This is her first time working with The Braid, and she is very excited to be part of this team!

JASMINE CURRY (Performer) trained at New York University, Experimental Theatre Wing, and was a resident actor at Hedgerow Theatre in Rose Valley, PA. She studied improv and sketch writing with The Groundlings Theatre and iO West. Jasmine has worked in educational theatre with Writers Room Productions, California Weekly Explorer, and The Imagination Machine. She can be seen every Wednesday performing Longform improv online with her improv troupe The Interlocutors. She previously appeared in Braid salons Sex, Love and Addiction in the 21st Century, Living After and last summer’s NEXT Salon, The Way Home. She is grateful to share her 900 square feet house with her spouse and daughter and thanks them for giving her space (both mental and physical) to continue to perform.

ANDREW FROMER (Assistant Artistic Director), a Los Angeles native, grew up as an active member in the Jewish community through Stephen Wise Temple. He attended Windward School in Mar Vista, where his career as an actor began in the school plays and musicals. After completing his BFA in theater at UC Santa Barbara and an exciting year of living in Israel, Andrew returned to LA for acting and producing. His TV credits include Never Have I Ever (Netflix) and Anger Management (FX); feature film credits include Highway to Havasu (Billy/Producer) and The Sweet Life (Mike/Assistant to Production). Andrew also edits and directs and is excited to be coordinating this year’s iteration of NEXT @ The Braid’s Emerging Artists Fellowship. Find out more at https://the-braid.org/category/ nextbraid.

SHELLY GOLDSTEIN (Writer/Performer) is a writer-actress-director-singer-comic who works extensively throughout the US & UK. She appeared in Wait! Wait! Don’t Kill Me with Lily Tomlin, Pete Holmes & Kevin Nealon. Shelly co-starred opposite Sir Derek Jacobi & Vanessa Redgrave in the British film The Riddle & her YouTube music/comedy videos have had over 2.5 million views. She has written songs for the film Lincoln Cried and the European TV series, Cold Courage. She has written for such artists as Steve Martin, Stephen Colbert, Jay Leno, Larry Wilmore, Barbra Streisand, Carol Burnett, Joe Walsh and Yoko Ono.

SCOTT S. HART (Writer) was born Washington, D. C., and grew up in the Maryland suburbs. He has an education degree from Catholic University of America and served in the U. S. Coast Guard for 10 years. While stationed in New Orleans, he met Linda Rosenbaum and married her eight months later. Since the Coast Guard, he has been teaching in the New Orleans area in various capacities. Dogs are his best friends, and his current pooch is Tashi, a Lhasa Apso who when not resting is full of energy and hungry for treats. Favorite hobbies include photography, writing short stories, reading Eudora Welty and P. G. Wodehouse, and baking bread and cooking. Scott and Linda enjoy doting on their nieces and nephews. Shir Chadash Conservative congregation is their synagogue.