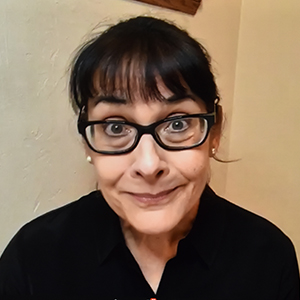 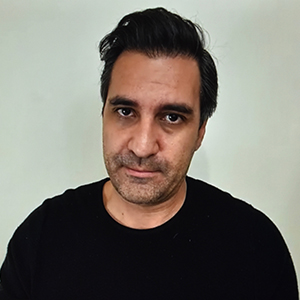 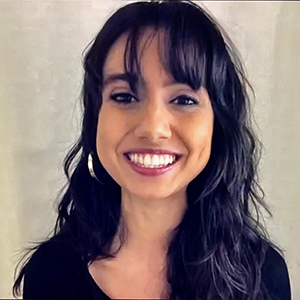 The Argonaut
The Braid Announces Its 2021 Season of Storytelling


Bonnie Priever Curtain Up
An Aha Moment to Hold Onto

Breaking Up is Hard to Do
Written by Maureen Rubin.  Performed by Vicki Juditz and Dion Mucciacito.

The First Stranger – Adapted from The Poetry of Strangers  (Harper Perennial, 2020)
Written by Brian Sonia-Wallace.  Performed by Dion Mucciacito.

Give Me Strength
Music and lyrics by Ali Blake.  Performed by Lisa Cirincione.

The Run – Adapted from I’m Not Really A Waitress (Seal Press, 2019)
Written by Suzi Weiss-Fischmann.  Performed by Lisa Cirincione.

Can I Feel More Free During Covid?
Written by Emma Peretz.  Performed by Brianna Martinez Gurdzhyan.

Getting What You Want Before You Forget What It Is
Written and performed by Judy Carter.

Goodnight, My What?
Written by Susan Morgenstern.  Performed by Lisa Cirincione and Dion Mucciacito.

ALI BLAKE (Songwriter) is a soulful pop singer and songwriter from Chicago. Passionate about healing the world and connecting to her listeners through truth and vulnerability, Ali weaves an eclectic variety of sounds into her songs. Influenced by a wide range of artists from Etta James to Dolly Parton, her music is imbued with an ever-evolving, soulful nature. After performing in New York City, Atlanta, and Oakland, she moved to LA and has recently finished her newest album, Blood, with renowned producer and bassist John Avila and producer Anton Söder. She will go on tour performing Blood in its entirety once safety has been reestablished after the pandemic fades.

SUZANNE CANE (Writer) has lived in Mexico City for more than 54 years. She was born in Brooklyn before it became trendy and earned her BA and MA in English at Brooklyn College of the City University of New York. After teaching in the New York school system for four years, she went to Mexico City for a week, met her husband, and had four children. The marriage ended, but she stayed in Mexico, dealing with the language, an unfamiliar society, and earthquakes, since Mexico City had become her home. She spent many years teaching social studies at the American School Foundation while writing articles on Mexican culture and eventually a novel, Gringa, which deals with an American woman who takes on the challenges of life in Mexico. You can find it at http://www.amazon.com/dp/B00AN99CQ6.

JUDY CARTER (Writer/Actor) Judy grew up with the perfect career for launching a comedy career: childhood speech impediment, alcoholic father, disabled sister and depression. She had to be funny… or die. At 8 years old, she became a young entrepreneur doing magic shows for birthday parties. She went on to became the first woman to perform at the Magic Castle in Hollywood and became a stand-up comic appearing on over 100 TV shows. Reinventing herself as an author, she was interviewed by Oprah Winfrey and keynoted for hundreds of corporations on the power of humor to heal.  She doesn’t like to brag, but she did write the Bible. No joke, she’s the author of The Comedy Bible (Simon & Schuster), The Message of You: Turn Your Life Story into a Money-Making Speaking Career (St. Martin’s Press), and The NEW Comedy Bible, which has been translated into 6 languages.

LISA CIRINCIONE (Director/Actor) is a very proud Abby Freeman Artist-in-Residence with The Braid, both acting and directing with the company.   Lisa has performed in numerous productions with The Braid, including Saffron and Rosewater and Uncuffed.  You can most recently see her on the small screen in the FOX TV show, 9-1-1, Spectrum’s L.A.’s Finest and on Direct TV in the short film Porcupine, which she both stars in and produced.  Lisa received LA WEEKLY and LA Drama Critic’s Circle nominations for playing the role of Catherine in Arthur Miller’s A View from the Bridge and received her BFA in acting from USC.  Most important role to date – becoming mama to daughter Sophia Rosa Giovanna.

ANDREW FROMER (Assistant Artistic Director) a Los Angeles native, grew up as an active member in the Jewish community through Stephen Wise Temple. He attended Windward School in Mar Vista, where his career as an actor began in the school plays and musicals. After completing his BFA in theater at
UC Santa Barbara and an exciting year of living in Israel, Andrew returned to LA for acting and producing. His TV credits include Never Have I Ever (Netflix) and Anger Management (FX); feature film credits include Highway to Havasu (Billy/Producer) and The Sweet Life (Mike/Assistant to Production). Andrew also edits and directs and is excited to be coordinating this year’s iteration of NEXT @ The Braid, JWT’s Emerging Artists Fellowship. Find out more info at www.jewishwomenstheatre.org/next. Andrew also serves as Teen Engagement Coordinator and Communications Manager for congregation Or Ami in Calabasas.

is passionate about helping tell impactful and entertaining stories and has been exploring her craft in Los Angeles for several years. She has appeared in ABC’s Trophy Wife and has often performed with the LA-based theatre company Scribe Stages. This is Brianna’s first time working with The Braid, and she’s delighted to partake in conveying the pieces of such expressive writers. When she isn’t performing, Brianna loves exploring national parks, as well as expanding her painting and digital art skills.